Every Moment of the Oppressed is a Crisis! | International

Every Moment of the Oppressed is a Crisis! - Atakan Polat

Every moment of an oppressed person is a crisis. We are born into a crisis that has been going on for centuries, and this crisis rises at the age when we start to sell our labor; By hours and days, it continues by selling our lives. Even life itself turns into crisis, transformed. We always hear the words "the burden of the crisis"; living becomes a burden for us oppressed. Unpaid invoices, pocket money that cannot be paid, books that cannot be received, calluses sinking as they walk, waist twisted by working… Even the university diploma of the oppressed often turns into a crisis with unemployment. They are all crises and crises never subsided.

Every moment of an oppressed person is a crisis. The economic crises of the governments are added, but these crises do not develop involuntarily. The crisis that powers use to grow, gain and exploit more; the rich get rich, the poor get poor.

Today we are in a crisis again, this time in the corona crisis. Maybe many of us thought we were in a health crisis, but when the places we worked were closed, we all faced the fact that the issue was economic for the governments. We learned that with the new bans announced overnight, cafes, restaurants and bars were closed and we were unemployed. We learned, but we could not learn why the places where tens of thousands of us work were closed when everywhere was open.

In the corona crisis, many bans were imposed. And we were among the segments whose lives were most upset by these prohibitions, as workers working in cafes, restaurants and bars. It's not just a joblessness. It was said that the money will be distributed under the name of short work allowance, but to those who have the appropriate conditions. If our conditions were suitable, that is, even if we were lucky, we did not know how to meet our needs with the short work allowance we received. But we knew that the short-time work allowance, which was shown as grace, was actually covered by the unemployment insurance fund that the state created by stealing from our salaries for every day we worked. So even when the state had to reluctantly give us back what it stole from us, it was trying to make our lives appear to be owed to it.

It was also said that it was forbidden to lay off workers in this crisis. Well, most of us were already working without insurance… The bosses fired us as they wanted whenever they wanted. We, the workers of cafes, restaurants and bars, who were employed without insurance during the corona crisis, were the first to be discarded. We were not prohibited from firing because we were not "officially" employed. The experiences of our insured ones were not much different. Because firing was forbidden, but it was not forbidden to sign a letter of resignation with the threat of "paying the salary". Can you find any numbers regarding the workers who resigned from their jobs or were forced to do so? Can any institution of the state publish data on this? It does not explain because it does not suit those who exploit us, our labor, our future.

We are in a crisis right now and we don't have five cents piled up in the corner. Because the money earned daily is spent daily and the money we earn in one day is not enough to accumulate. Way to go, the food goes, it goes to the phone bill ... Accumulated five penny with us or the unemployed in a few days after Turkey's standards of healthy and average budget should be allocated for a balanced diet 2 thousand 447 Liras 72 cents, the budget should be allocated for necessities average of 7 thousand 973 Liras that we learned As thousands of uninsured café, restaurant and bar workers, we wake up every day to keep up with the day, but the government's “grant” to our insured ones with these bans is not enough to even pass near these standards.

When what we have is not enough to live, he spends the money that is not there; We borrow money from banks. Unless we can pay our debts, we will borrow even more. As we borrow money, the owners of the banks and the state that shakes hands with them will win. I don't know who is a billionaire, who doubled his wealth in this period and the economy grew by 6.7 percent according to TURKSTAT data. This is the case not only in the land we live in, but in all geographies. At the end of July 2020, the wealth of approximately 2 thousand 189 richest people in the world reached a record 10.2 trillion dollars. Not only did billionaires' billions increase, new billionaires were added to billionaires. The unemployed were added to the unemployed and the poor to the poor for the exploiters to exploit more easily.

Every moment of an oppressed person is a crisis. So who wants to live with crisis? Nobody wants. It is necessary to take to the streets with the oppressed like us to know that the rulers are unjust and to create a just world in order to eliminate crises. Emma Goldman said years ago: “Ask for work. If they don't give you work, ask for bread. If they do not give you work or bread, then take bread." It is obvious that those who take our work, our bread and our future will not give what they want. We know that we cannot meet our needs unless we come together, shoulder to shoulder. And yet, today, as throughout history: They will not give, we will take! ■ 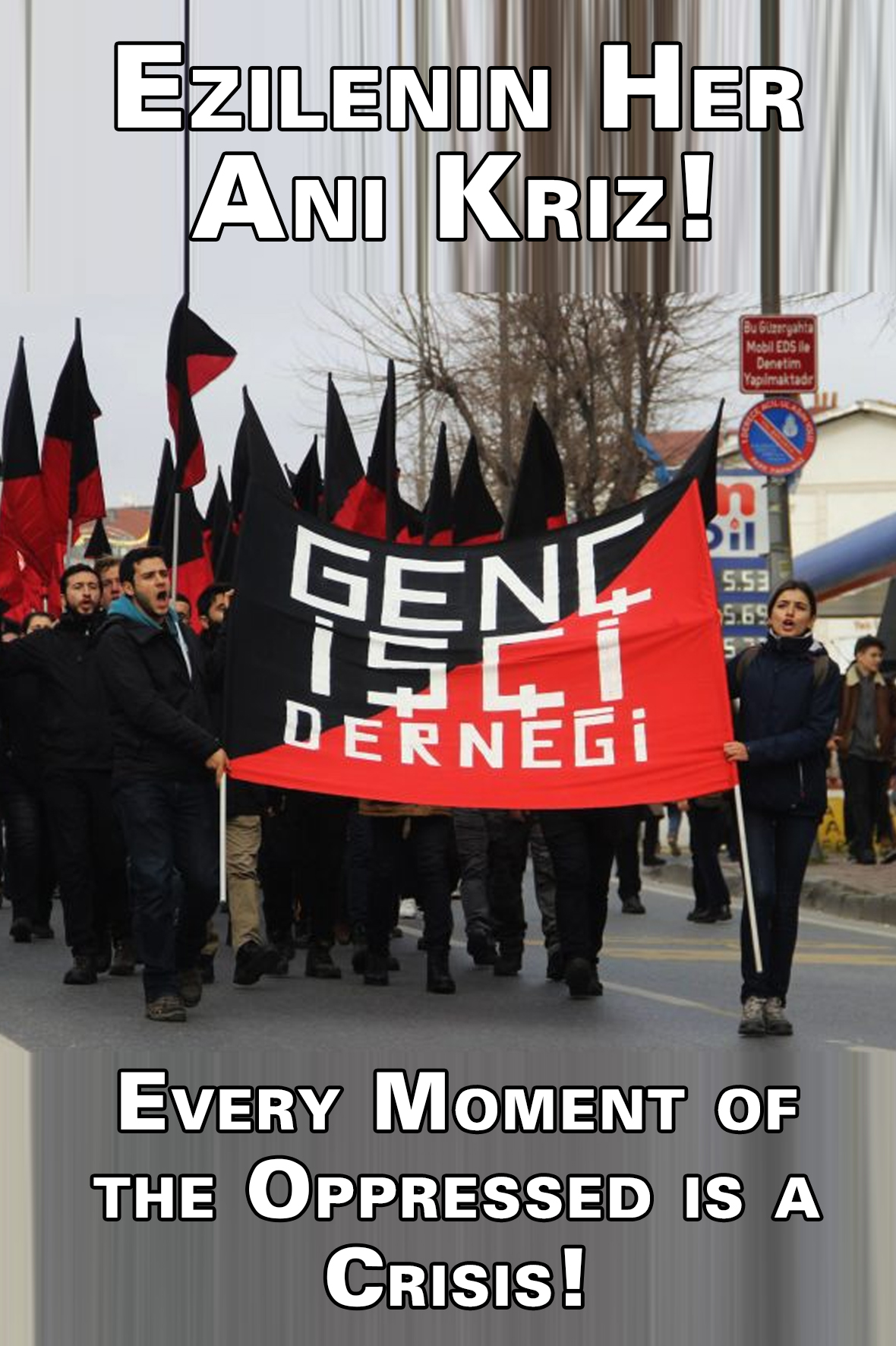