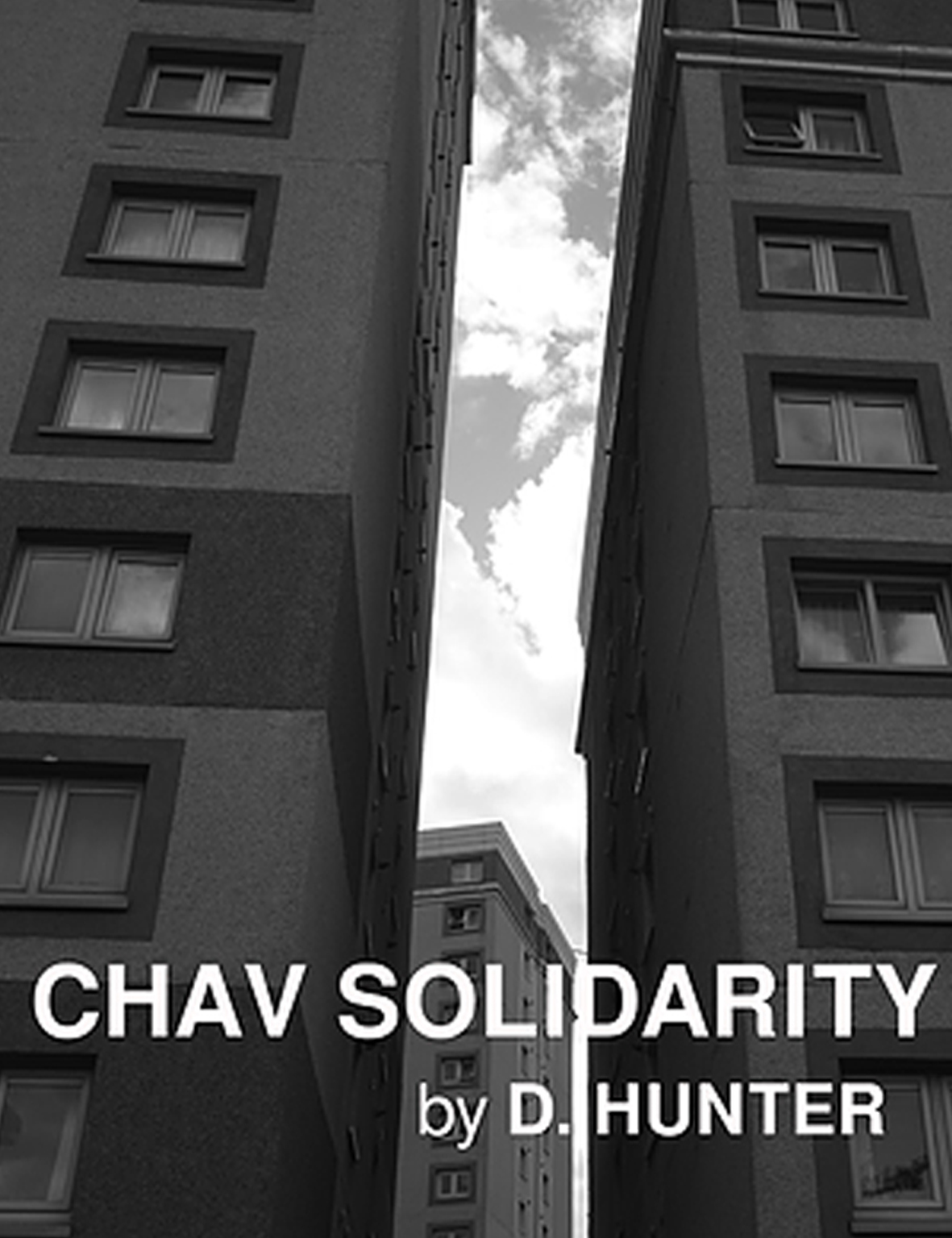 Trigger warning. This review recounts abuse and violence, the book more so.

“D. Hunter is a an ageing chav, whose first 25 years depended upon the informal economy including sex work, robbing and dealing. For the last 12 years he has been an anti-capitalist motivated community organiser.”

“This book is built on the backs of those who walked alongside in the first 25 years of my life. The dead, disregarded and the disgraced. Forever in my heart, always on my arms.”

“Whatever psychological scars I carry with me today would have been far worse were my skin a different colour. I honestly believe that had I been anything other than White I’d be dead.”

This self-published autobiography is, for the most part, about the earlier life of an anarchist comrade in Nottingham who most local activists will know. Some will even know snippets of his testimony now written down for the world to see.

It’s a blunt story of survival along with generous acknowledgement of how a young working class person’s life is moulded, good (in this case to being formed into anarchist) and bad (very), by family, friends, fellow travellers and circumstance. An abusive father who rejected the state whilst horribly tormenting those closest, community defence in the midst of terrible social distress, escapism via drugs and booze and suicide – attempted and achieved. A political book given at the right time, a moment of care after prison abuse, revenge meted out at the time of abuse or years later, sex workers looking out for each other and an account of serious racism with tacit recognition of the existence of a white supremacist patriarchal capitalist system. The writer doesn’t shy away from their own role or make excuses – we read how he used white supremacy to get advantage in boxing ring using racist slurs, did better (relatively) than Black or Brown men in youth offenders institutions and prison, got stopped and searched less.

The working class solidarity in the title of this amazing book really shines through. But there is a big challenge to the anarchist movement which is framed in terms of the vast majority of us now, especially after widened educational opportunity (but also then), having so many more choices and so much more ‘cultural capital’ than in the chav world the author identifies with but has managed, in part, to leave behind. In an increasingly unequal society, with a continued viscous attack on welfare, and the total disregard of the humanity of poor and working class people of colour such as with the Grenfell fire and an increasing racialised discourse during Brexit, many more people could soon be facing reduced choices, abandoned by the state. There is also the challenge to activists to really understand the 2011 riots, and to respond properly and practically to the critique of the former Black Panthers Lorenzo Kom’boa Ervin and JoNina Abron-Ervin) who visited the UK a few years later having been invited to the London Anarchist Bookfair in 2014 – whose meetings at the Sumac Centre (Nottingham’s anarchist social centre) and an afro-Caribbean community centre were hosted locally by the author and members of Nottingham AF, amongst others. Anarchists, the AF included, have yet to help make a real difference, in spite the much higher awareness of intersectional oppression.

The book is very well written and in accessible language. To find out more and get the book go to: chavsolidarity.com ■
You can read the titular essay here:- Chav Solidarity