A Poem by The Uptown Portrayer

The overworked and underpaid,
Have zero hours, treated like slaves,
Money for the 1%, low wage causes resent,
The workers’ rights have been removed,
No compassion very cruel,
It is the Tory way,
Social depravity.

No money for people to spend,
So this country cannot mend,
No hope for the unemployed,
Ambition is destroyed,
Neglect is there for all to see,
Bringing the country to its knees,
It is aimed at you and me,
Social depravity

Because there is no work to do,
Become a MOD recruit,
Forced to go into a fight,
Participate in greed and hate,
We know the right wing love a war,
You wonder who the terrorists are,
Surely there’s a better way than,
Social depravity.

Between you and me they drive a wedge,
The country’s living on the edge,
Social housing in decay,
Essential funds taken away,
Cost of living through the roof,
Only goes to prove,
A right wing philosophy is,
Social depravity.

The NHS is on the floor,
People die in corridors,
Badly run soon privately own,
Everything is upside down,
More homeless people on our streets,
In the doorways, at our feet,
In a so called democracy,
We’ve social depravity.

They won’t just go and let us be,
What we do has to be screened,
To keep us all under control,

Our movements are patrolled,
Their paranoid of what we’ll do,
What repercussions might ensue?
Is this the way that we should be!
Social depravity. ■

Swansea based Punk Poet The Uptown Portrayer was established in 2017, and has been gigging hard ever since at Ska and Punk Festivals and supporting benefit gigs.
You can find him on Facebook.

Renouned for delivering an honest brand of poetry that resonates, and tackling subjects such as inequality, social issues and racism head on. The Uptown Portrayer Punk Poet also highlights the struggles of music venues, and displays a passion for live music, whilst also showing a compassionate side with originals based around friendships and compassion for others. Having recently recorded a verse from the poem "No Robot" with South Wales punk band Tenplusone on their latest album. 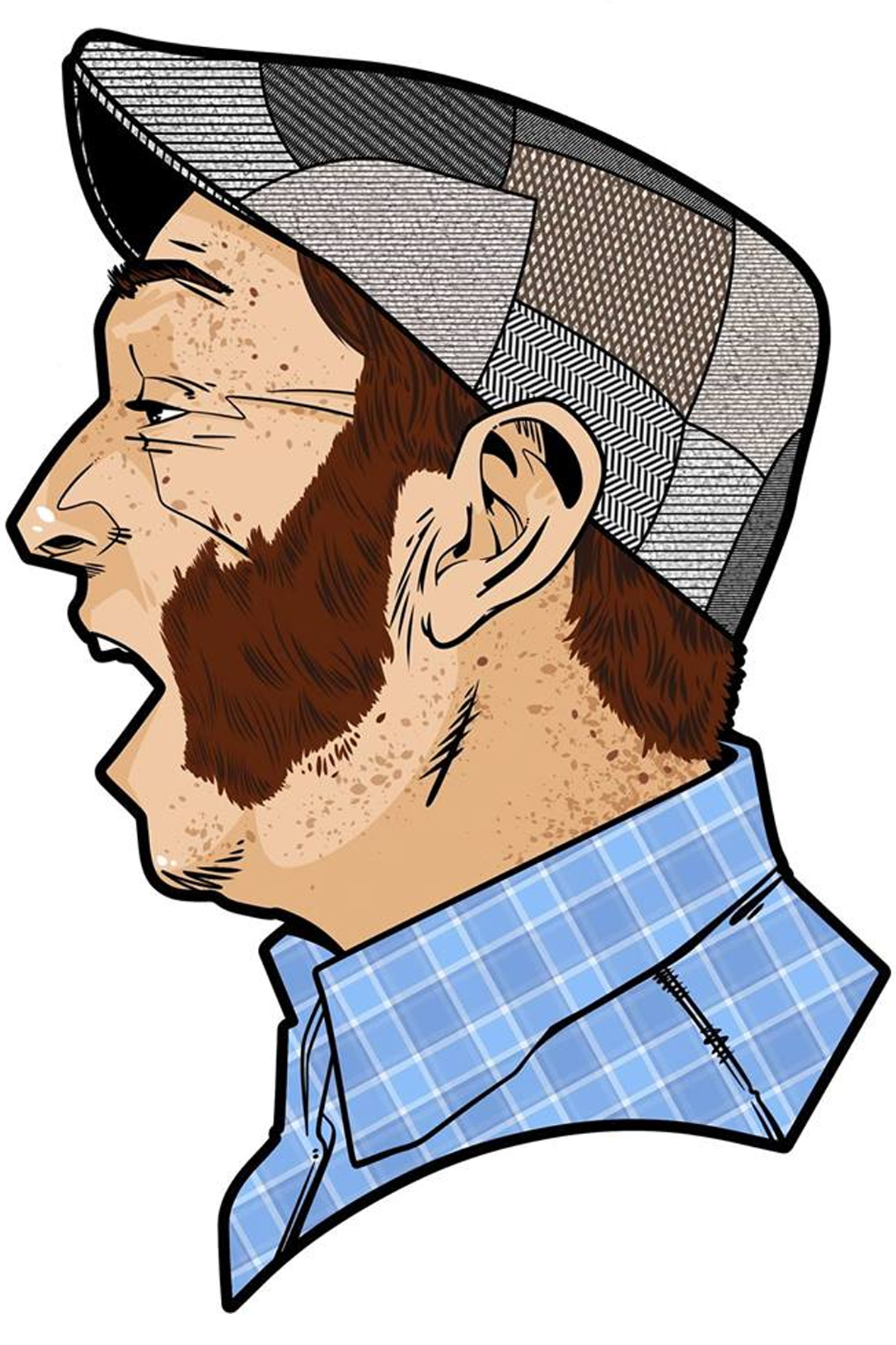