On Anarchism: Dispatches from the People’s Republic of Vermont

Reading this collection of essays, it’s clear David Van Deusen has lived an interesting life. To start, Van Deusen takes us on an exciting history of his involvement in The Green Mountain Anarchist Collective. He writes about efforts against racist group The Minutemen, daily struggles of organization and introduces the question of violence and non-violence used as a tactic and strategy, a topic he goes in to in more detail later in the book. Reading the first chapter on the history of Van Deusen and the collective he was part of does intrigue the reader to get stuck in to the book. It intrigues as you build a mental image of the man in your head and after the opening stories, you want to know what else he has been part of. Although the title may suggest more enjoyment for people familiar with the northeast of the USA, the book still has lots to offer those who are not. The second set of essays focuses on Theory, including two great reads The Rise of Capitalism and Authoritarian Communism as An Incomplete Resistance. These two essays are written with pace and vigor sometimes lacking in other parts of the book. Some of the essays are so crammed with theories and ideas, I needed a rest between them to let it sink in. A nice touch here: Van Deusen intersperses the theories with song lyrics from the Who, the Clash, Public Enemy and many others; this helps the reader to digest the previous essay and get ready for the next.

Van Deusen describes some comprehensive tactics he has used in demonstrations; this chapter is extreme and makes you wish there were more Anarchists organizing themselves as he suggests. Although this section was first published in 2000, it’s still relevant and hopefully some folk will take note. He even compares the tactics of the US Army to what can be used on the streets. For your information, if there are over 1000 of you hitting the streets, keep a reserve of about 300. This chapter has over 20 essays and ends with an account of a huge organized demonstration being postponed when the World Trade Center was attacked in September 2001.

The forth chapter has essays under the heading Organization. There are more stories from Van Deusen’s experiences; by this point you realize the guy has done a fair bit. He explores workers’ councils and unions and looks at the difference between talking about them being valuable and the reality of starting one. Reading about bosses intimidating workers and capitalism generally making lives unhappy rings all too true of struggles around the world today.

These ideas roll over to the following chapter, ‘Workers’. Van Deusen writes about starting a union and strategies to help workers. This is met with backlash from bosses who try to intimidate their workers who join. They use different tactics to respond, claiming some victories. It takes place in a small New England City, but the stories feel like a microcosm of larger systems. Tactics like filling diners with people only drinking coffee during peak dinner time do get a message across. It doesn’t feel like this is being mirrored around the world and, on the grander scale, if only a few people boycott companies like Nestle, Amazon etc., the bosses will continue to exploit. But without a few people like Van Deusen getting things going, of course it would be even worse.

The final chapters of this book talk about the 2007 secession from Vermont and a story about a road trip to New Orleans. Van Deusen visits to assist/witness the aftermath of Katrina’s destruction in 2005. A nice end to the book, a good one to read if you need to refresh the idea that ACAB.

Anarchists need to communicate and organize themselves, this book is a healthy read to assist in communication across countries. What has happened and been tried in Vermont can help someone in China. Anarchists will certainly find interest in some of these essays and groups can learn from what has worked and what hasn’t for Van Deusen. There are many points which can lead to interesting discussion in established groups, organizers of radical events and new budding Anarchists. If completely new to Anarchism, this book may not be an ideal starting point; in parts it is quite heavy. To someone well read on the topic, there are certainly many essays that can coax progressive ways of thinking about Anarchy.

Although Van Deusen is yet to have influenced as many as Bernie Sanders in Vermont; let's hope this book encourages a few more in to direct action. Now the planet is on the verge of collapse, politicians have lost their people's faith more than ever before and the Alt-right are gaining a voice, maybe it’s time to learn from Van Deusen more than ever.

Hopefully this quote from Jeff Jones, writer of the foreword, will give you an idea about the author and how the book is written:

Nik Ray occasionally reviews books for magazines. He lives in South East Asia with his partner and kids, working when he has to. He reads too.

On Anarchism: Dispatches from the People’s Republic of Vermont by David Van Deusen / Algora Publishing, 2017 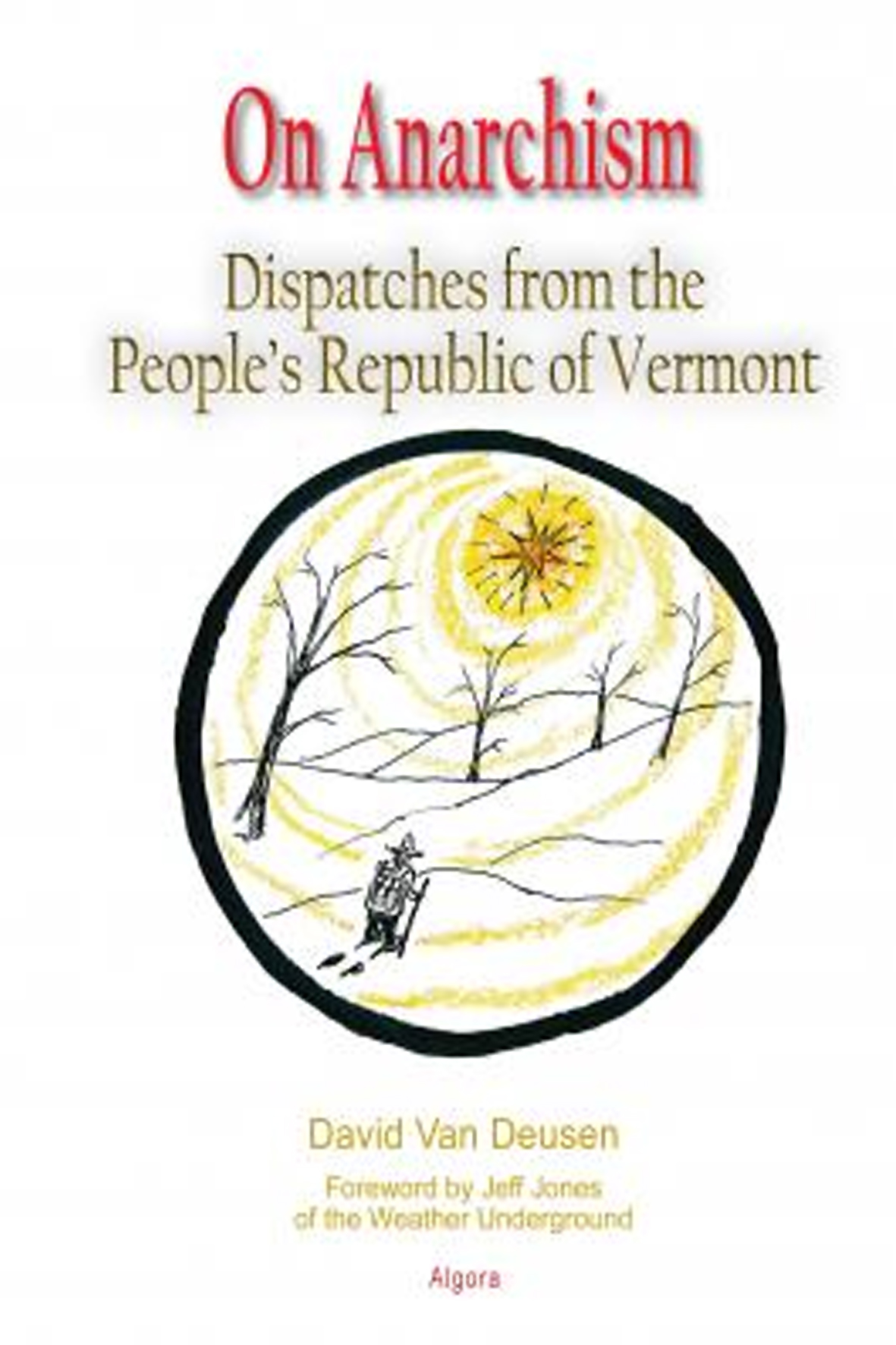