Review: Liberating Society from the State

Erich Muhsam's life is an incredible story full of inspiration that ends with one hell of a foretelling heartbreak (If you don't know the story, I suggest you look it up as it could itself be a 500 plus word article). For a long time, how Erich's life ended overshadowed his work during his life. Outside of his home country, some of this was due to the fact that not much of his writing was translated from his native German. In“Liberating Society from the State” we have a collection of Muhsam's journal entries, articles from various publications (some of them run by Muhsam himself) and long form essays some of which are available here for the first time in English.

The collection provides both the authors diary entries and letters allowing us to get a greater picture behind his thought process and intent. In some instances this is very helpful to understand when Muhsam changed his view point (in some cases almost as soon as his article was published) or to see how he ended up with a pro-war stance during the outbreak of The Great War in 1914. We also get to see the after effects of these stances, how other leftists responded to Muhsam and how he replied in turn. By showing someone's thought process and de-mystifying the author, it allows us to see that the writers we all look to and hold up as pillars did not just magically awaken one day with said ideas. It is a process of growth and sometimes people mis-step.

Included are also several entries on some of the most under represented periods in leftist history; the Bavarian Council Republic and interwar German with the rise of Hitler and the Fascist National Socialist German Workers' Party from the perspective of an Anarchist living in and recording events in real time. Muhsam's participation in the Bavarian Council Republic is also documented in a separate book also translated by Kuhn (“All Power to the Councils!” published by PM Press) but here we are given here Muhsam's account of events he wrote while imprisoned which he intended to confront distortions from the Communist Party. As for the rise of Hitler, included is a collection of short diary entries dating from August 1922 to February 1924 which may seem eerie to people living across the globe in 2019.

The title of this book takes it's name from the longest piece which closes out the book. “Liberating Society From the State” was published as a pamphlet and is Muhsam's attempt to explain Anarcho-Communism and to answer the common questions asked of the political ethos. It is Muhsam at his most focused and because of that, his best. Muhsam defines Communism in the libertarian sense and is free with his criticisms of both Marxism and Marxists. He offers some of the best arguments against Marxism's use of the state while also showing why he believes Anarcho-Communism to be a more realistic vehicle to bring about a stateless society. The reader comes to this point now the background provided by having read a wide selection of Muhsam's writing up to this point, this essay pulls together his best ideas and is a wonderful conclusion to this edition. The final essay alone should be high on the list of introductory literature on Anarcho-Communism and combined with Muhsam's other writings this book is surely not to be miss.

Kevin A – is a blogger and reviewer who likes to reply to “would you like to review for Organise?” type posts on social media. If you’d like follow Kevin’s lead and write reviews and articles for us, shoot us an email at [email protected]

Liberating Society from the State by Erich Muhsam (translated by Gabriel Kuhn) published by PM Press, 2011 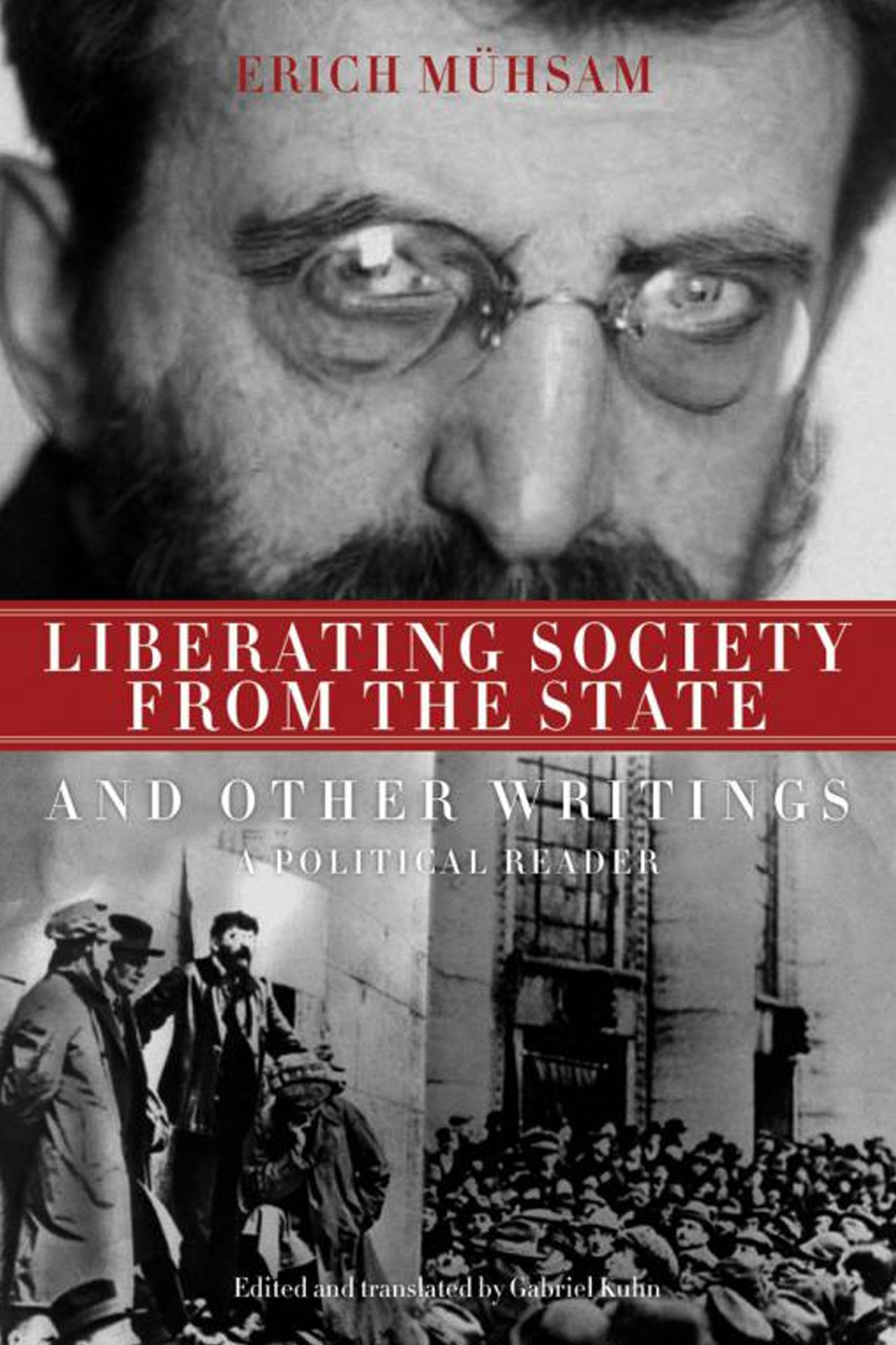