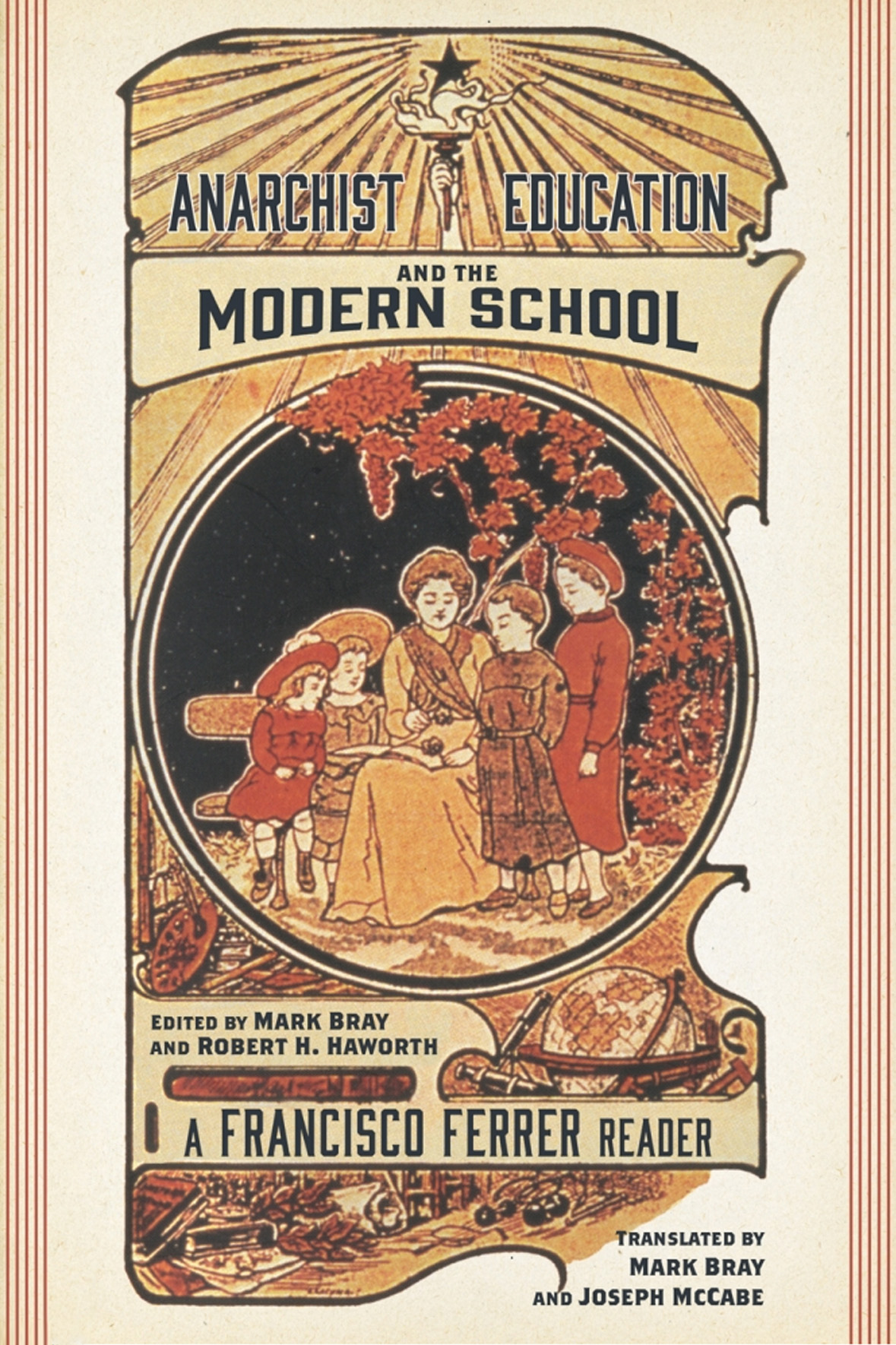 In the concluding chapter of Anarchist Education and the Modern School, Robert Haworth reminds the reader that Francisco Ferrer, his Modern School and his ideas about education are these days often mentioned in passing and are perhaps not given the due they deserve. There is a resurgence in radical education in some pockets and corners of Anarchism but most of the focus and headlines tend to be focused on black blocs, protests and the like. Not to say these tactics don’t have their place; they certainly do. However, what one could argue is one of the defining aspects of anarchism seems to be severely falling behind. Education has long been a weapon of the state as well put by Tolstoy when he wrote “The strength of the government rests on the ignorance of the people, and it knows this, and therefore will always fight against education.” With the political climate of 2019 being what it is, Mark Bray and Robert Haworth working with the translation work done by Joseph McCabe have given us a new, cleaned up and expanded collection of one of anarchism’s most influential radical educators just in time to help navigate what is possible in the face of public school’s being under funded and left to rot only to make way for private schools run by those who have a vested interest in maintaining the ignorance of the people.

Included here is the entirety of Ferrer’s The Modern School: Posthumous Explanation and Scope of Rationalist Education along with background information about Ferrer himself, excerpts from the Modern School’s bulletin, Ferrer’s writings on the General Strike, critiques of Ferrer and his Modern School, reactions and musings about his death and more. Most of this volume has been translated into English for the first time here (by Bray) and while some are surely familiar with Ferrer and have read his writings before, here they are presented with the full history behind them. We are shown Ferrer’s political evolution from a Republican (not in the USA GOP sense) to an Anarchist who worked behind the scenes as well as in public view. His writings on the General Strike are quite aggressive and give us a glimpse of the two Ferrers. He published them under a pen-name so as not to bring unwanted attention to his school which was operating at the time and one can easily see why. In Spain, where the Church held more power than the government in most cases, statements such as “The complete emancipation of the workers will come neither from the Church nor the state, but rather from the general strike that will destroy them both” was sure to land someone in some hot water.

The critiques are also a welcome addition as when reading Ferrer’s work, one could themselves have some issues with certain aspects of how he put his ideas into practice. On more than one issue Ferrer would say one thing but in reality do quite the opposite. For example, in all matters of the Modern School, Ferrer held final say which seems to go directly against the very nature of open and rational education. Also, in the first year of the School, Ferrer would publish remarks about the students, good or ill, in the schools Bulletin for all to see which seems to go against his writings on having “neither praise nor punishment.” It is important to see that over the course of the school, ideas changed and to remember that Ferrer was operating in uncharted territory in a very hostile, very Catholic Spain.

Ferrer was by no means a perfect. And that’s the point, none of us are. He believed so deeply in rational and radical education that he forged his path and brought into the world a school and philosophy about education that still has practical applications. Like all theorists and activists, Ferrer was a product of his time and place and wasn’t the first or last to hold ideas about education in a radical sense. In discussing his death at the close of this collection, the most powerful thing to come away with was the spread of the Modern School and how no two schools were the same. Most took pieces of Ferrer’s model to some extent but they adapted and changed these ideas and put them in to practice. The point of reading theory isn’t to try and replicate it perfectly but to take it, apply it to our lives and to make it our own. Ferrer surely would be glad to see his ideas still being circulated (even if he wouldn’t enjoy the cult like status placed on him at the time of his death). It would be a wonderful thing if we could take lessons from him, apply them to our communities and truly start giving education the attention it so rightfully deserves as a radical tool.

Kevin A. lives in New York and enjoys coffee. Sometimes too much.