The End of Tolerance | Book Review

The End of Tolerance was written by Arun Kundnani twelve years ago – the book now seems to serve as some kind of eerie foreshadowing, or horrific prologue to where we are now.

The book traces racism in England back before the Empire, going as far back as the Victorian area, becoming more detailed as we come towards modern day, with the main focus being on immigration control under New Labour. He highlights how the concept of ‘whiteness’, and the idea of a racial hierarchy, has changed over time to suit the needs of the changing economic systems in place.

Later in the book, it focusses mainly on how Islamophobia has become more prevalent in recent years, and what has helped lead up to that fact. Kundnani specifically focuses on the idea that ‘British’ values and ‘Muslim’ values are somehow incompatible. Of course, reviewing this book in 2019, it’s scary to think how much this idea has permeated into mainstream media, and it is often this rhetoric that is used by the far right. The author points just how ill-defined and nonsensical these terms are, and how ideas of freedom and democracy that politicians like to use when discussing these supposed British values, are contrary to our colonial and racist past, and present.

Kundnani’s knowledge of the laws, legal system and statistics is beyond impressive and I was amazed by the detail he was able to go into. I think this element of the book helps make it so compelling – it’s the type of book I’d give to someone who may have more liberal ideas or hasn’t really considered just how institutionalised racism is. The policies put in place, especially under New Labour, and the effect they have had, can’t be considered anything but racist. Of course, these have continued, and worsened by the coalition government and the Conservative Party – with the Home Secretary, Theresa May, declaring the ‘hostile environment’.

One of the most interesting aspects of the book is how Kundnani explains how through the idea of multiculturism it was possible for politicians to keep race policy and immigration policy as two separate things. He asserts that this was often used as a form of control in an attempt to depoliticise Asian and black youths who had rose up in anger at their conditions, and with this came the purposeful separating of different ethnic groups in an attempt to fragment a broad reaching political movement. Of course, we see how this has now been turned into the idea of a ‘refusal’ to integrate within wider society. Reading the book, I was made aware just how much government action and policy has shaped racism in modern Britain, and how this is was often done intentionally in order to keep state control.

Kundnani focuses specifically on immigration control and how this is often arbitrary and meaningless. These controls are far further reaching than just the visa process, and they have gradually become a part of the benefits system, housing and education. He details the role of globalisation, contrasting the movement of people to the movement of capital and how this has meant that the old colonial, more developed countries have been able to amass large amounts of wealth, often at the expense of the global south.

I learnt lots of interesting, and horrible facts, for example:

Roughly two-thirds of all asylum seeker claims are refused.

Out of 380 decisions made on applications by Iraqis in the ﬁrst quarter of 2008, 280 were refusals.

The percentage of asylum applicants refused at initial decision reached its highest point at 88% in 2004.

As Kundnani points out, this approach to people who are trying to seek escape from persecution, leads to more trafficking, and people being forced to put themselves, and possibly their families, in unsafe conditions or work – which the government then uses as a reason to condemn people.

Aspects of this book feel slightly outdated, it is now over a decade old, which is a lot in political terms. However, I do think this is a great background text to understanding the government’s role, with a particular focus on New Labour, in shaping race relations in Britain. I learnt a hell of a lot from this book, and it is interesting (and infuriating) to see how these ideas and laws, continue to have impact in the present day. ■

Northern Jam is an Anarchist and Feminist from reet up North. Passionate about cross stitching, reading and the downfall of the white supremacist capitalist patriarchy.

The End of Tolerance. Published September 2007 by Pluto Press . Written by Arun Kundnani 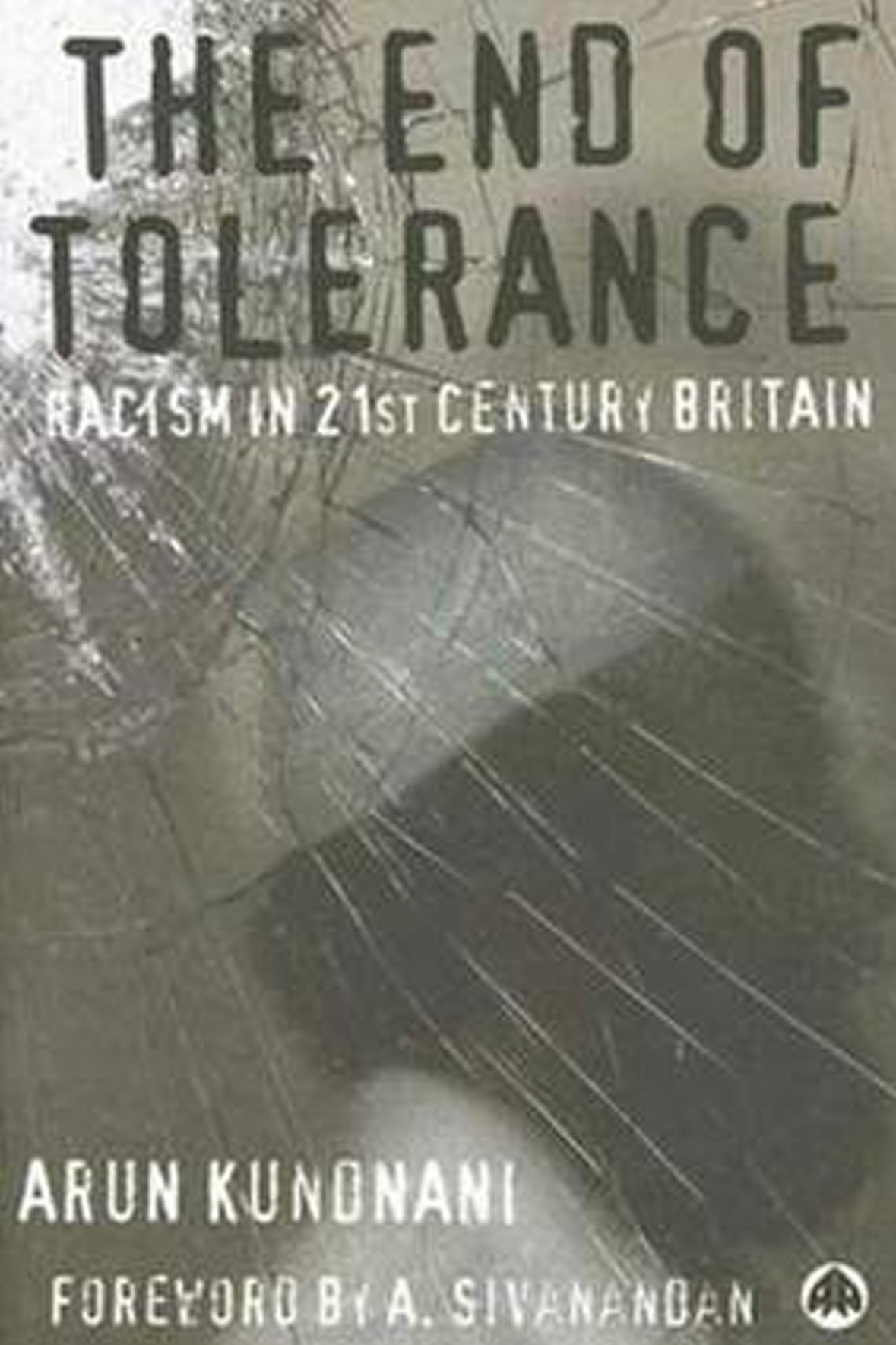