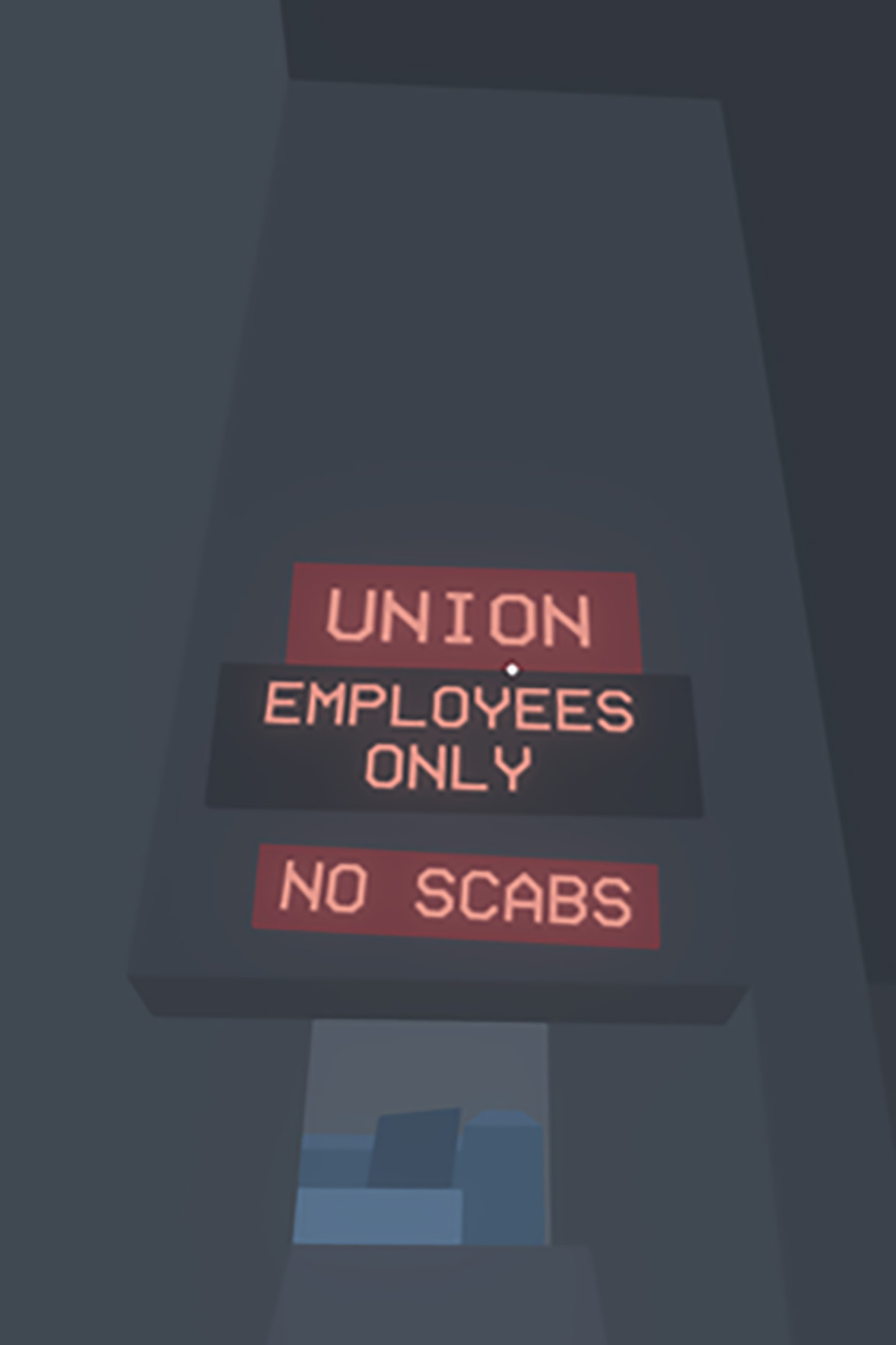 The world opens up before me a small functional apartment in a grey city, open sky above me shows flying cars darting round a bleak cityscape. The apartment is illuminated by a few dashes of colour in the form of incense sticks with drifty smoke rising up, flowers dotted about, a square wheeled bicycle in the corner and the eyes of a black moggy, who as I try giving it a pet tells me “If socialism does not stand unflinchingly for the exploited and oppressed masses of all lands, then it stands for none and it’s claim is a false pretence”… ok then kitty! . I venture out into the streets and a moment later a owl gives a hoot hoot and tells me “The police are afoot! But where are they going we’ve no way of knowing”… a moment later two black clad fash come storming alone trying to bash the innocent. Not to worry, I’m a which a with a quick burst of magic I’ve turned the, into neon pink pigsa who run off… Welcome to A Bewitching Revolution, a short FPS adventure about a communist witch who uses their power the ferment revolution.

This indie gem by indie game developer Colestia is available on Steam as a a free to play game and Colestia’s own site as as a pay as your feel download. You might recall Colesta from the micro puzzle Post/Capitalism which did the rounds a spell back, their modus operandi is simple… to create atmospheric games laden with seditious propaganda, educational resources and gentle nudges for people to go out and make a better world. A Bewitching Revolution does this like Marmite, you will love it or hate it. The politics are right up front, the game oozes revolution and dissent. If you like that kind of thing you’re going to have a great time, if you don’t then, well buddy, you’re on the wrong website. The setting manages to be both Kafkaesque and Whimsical at the same time. My head canon immediately placed me as a young Granny Weatherwax transported through time and genre to Ridley Scott’s L.A. circa. Blade Runner.I don’t know if that was intentional but it certain felt fitting as I explored this dark, decaying city and went about injecting it with a magic and life.

The game itself is a a short narrative set in a pseudo open world capsule of an bringing social change to an Orwellian nightmare. You travel around planting seeds of change (both figuratively and literally) using Tarot as a medium to share revolutionary propaganda helping to crack squats, unionise the workforce and destroy advertising before taking on and defeating the state. The music is a single track by NY Vice called “Smooth Steering” that is very A E S T H E T I C and reminiscent of Stranger Things with it’s mysterious and etheral vibe. The soundtrack is infact very complimentary to the graphics which are smooth mooted tones of grey and brutalist design, which adds to the oppressive environment and made all the more interesting subsequently by being highlighted by flashes of neon colour wherever the people have risen up.

The game works very well as a pocket of Communist propaganda in itself however I truly hope Colestia takes it further and adds more environments for us to explore and rabble rouse in. Perhaps playing focus to different aspects of the struggle as we go on and exploring different branches of Communism, Socialism and Anarchism, entire sections given aware to woodland occupations and the such? Eitherway it’s five star, well worth an hour of your time, it could do with a save function and Y Inversion (please) sure, but as it stands you have a lush game that’ll get your wanting to cook up some revolutionary action in your cauldron and maybe bring some of that energy into the real world. Great little game to sharing with gamer comrades who are a starting to learn more of the theory and the hopeful message will be a hit with any radical. so get downloading and have fun taking back the city! ■

Rhyddical is just another pseudo bohemian revolutionary Anarchist who expects better of us all but does his mains in Tesco anyway.