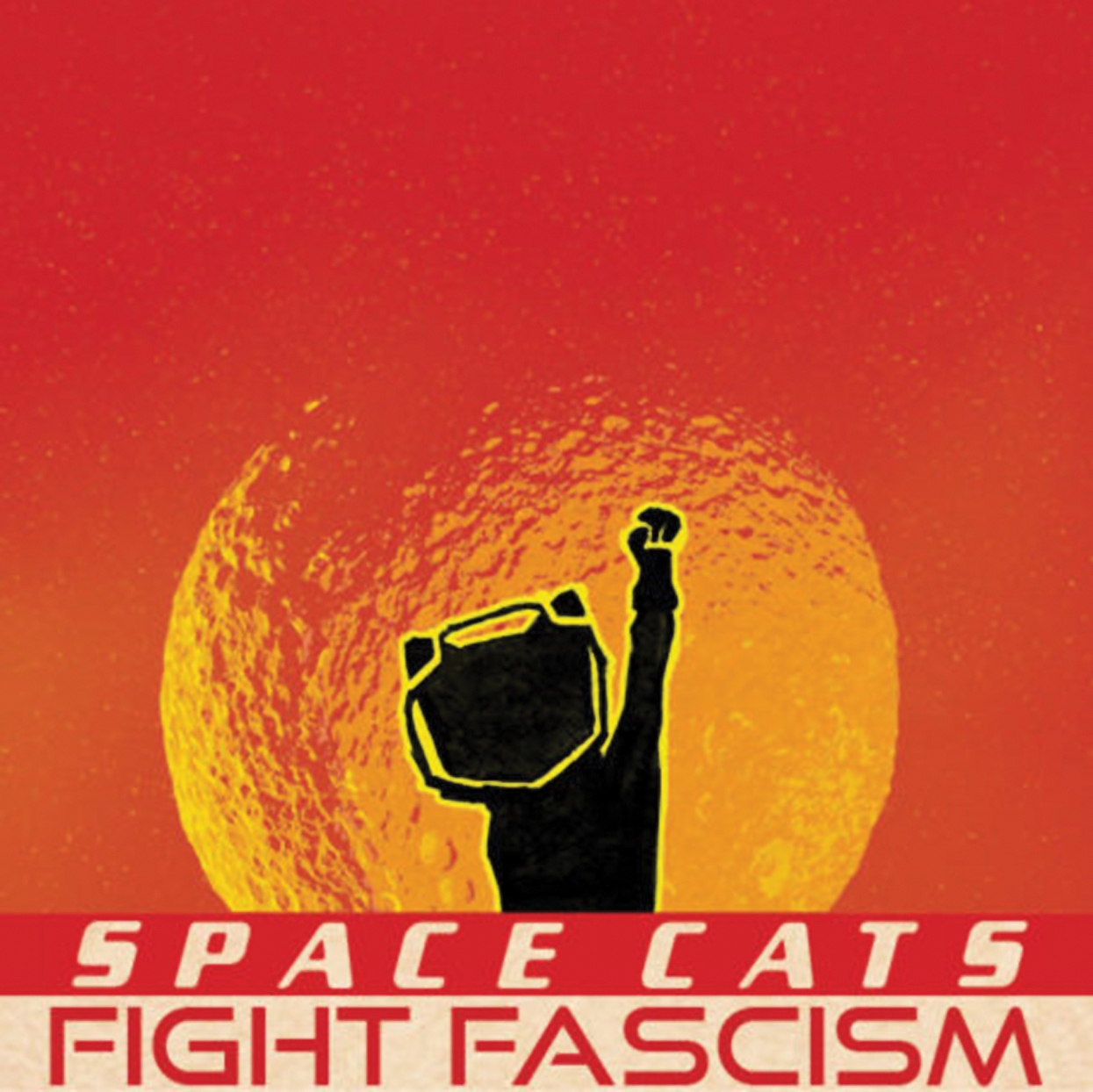 It’s ok… read that name a few more times… go on buy a copy before I’ve even talked about it. Ok, you ready?… Is it as good a game as it is a name? Fuck yeah. The TESA collective have pedigree for making top quality tabletop games with a strong social message, from Co-opoly to Civio, the games wear their politics front and centre and do a great job at making social change a fun (and educational) game for all.

So the premise is this, there is a rising wave of fascism sweeping across the galaxy, threatening to throw the Interspecies Galactic Alliance under autocratic rule. The regime known as The Rat Pack has convinced the powers that be that all cats must be tightly controlled… or forced into feline exile. But everyone knows, cats don’t like to be collared, and they don’t like to be caged.

So the fash are rats and the players are cats, taking them on in a co-op, all win or all lose fashion. Your team of 2-4 players hop from planet to planet raising your forces and hopefully liberating atleast four before the fascists take over the Galactic Alliance, which means you’ve got to get on with the job! Meanwhilethe Fash rats use propoganda and (haha) laser pointers to wrestle back control so you have to use your three actions per turn wisely, utilising cards from a resistance deck.

At the end of your turn you roll a few dice to see what damage the Fascists are doing and the games stratergy comes from knowing when to let this happen and when to counter it.It sort of works like a dice rolling version of Pandemic so team work and planning are the name of the day.

It’s a night starter game, something reasonably light to play before heading on to a heavy or maybe even to have a few rounds off down the pub after a meeting, accessable and fun and really worth a play.

They’ve recently released an expansion called “Secret Moewssions” which tho I’m yet to play will be on my list for sure. It’s a bit on the steep side with shipping but worth it if you have the resources or can get your FLGS to stock a copy.■