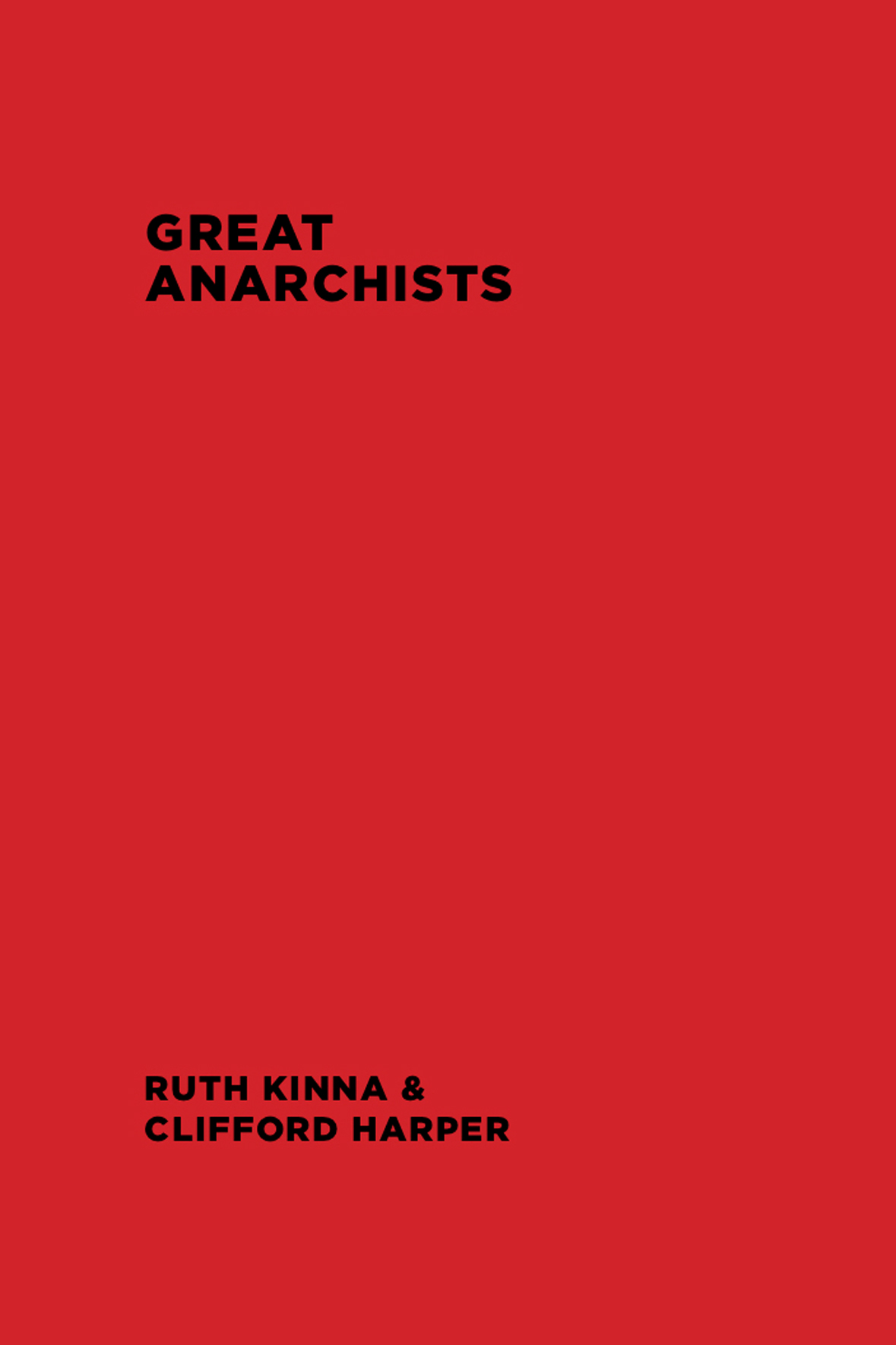 Anarchism, despite being a rich historical tradition with theorists and thinkers from all over the world, and which has influenced a great many social movements, is unfairly maligned at times. Some pigeon hole it as an anachronism, based on the worship of a prelapsarian past; a mindset of the small-society and essentially obsolete today. Others malign it as overtly and centrally European, unequipped to deal with the struggles faced by people of colour and colonised peoples today who may demand a nationalism of their own for the sake of safety. Beyond this, some – often of the more traditionally Marxist stripe – tend to label it utopian and divorced from material change: too busy focused on what could be to deal with what is.

Given that these criticisms are some of the most common that anarchists, and Anarchism more broadly, face, there is always a concern when a book with a historical angle crosses the desk, and has a focus on the thinkers of the past. While it is unquestionably valuable for a modern movement to be aware of the thoughts and struggles of those who came before, is this not just re-affirming some of those critiques above to centralise them in a book of this kind? The pivotal issue of a work such as Ruth Kinna and Clifford Harper’s new Great Anarchists is whether it manages to avoid the trappings of simply repeating and glorifying those of the past, becoming a project of immediacy and relevance, or whether it becomes mired in celebrating long dead men.

Immediately the question is answered: in the introduction, they establish the important principal that, ‘although these contexts were special, many of the issues the anarchists wrestled with still plague our lives’, and that the purpose of the investigations in the book are ‘not just interesting archaeological exercises’, but instead opportunities to examine how classical anarchists thinkers influenced modern movements and offer insight into lessons that apply to modern living. From the very beginning, the project is set up with a powerful motivation towards a useful and ultimately successful goal.

Originally published as a series of pamphlets, Great Anarchists serves as a crash course through individual prominent anarchists and thinkers of influence to the anarchist movement, and to this extent each segment is dedicated to a single individual. Further, Clifford Harper’s beautiful illustrations begin each segment, showing an artful and striking portrait of the subject. The heavy, stark lines and strongly textured designs draw on images of classical woodcuts but without the clutter that can often confuse and bury less expert attempts at the style, and compliment the book in a unique manner. Addition of art such as this breaks up the text, and transforms Great Anarchists from a piece of raw educational material into a singular project, a kind of didactic art-book, fusing the theory with an aesthetic quality that calls to mind the aesthetic and joyful narratives implicit in so much of anarchist thinking.

Comprised of ten miniature biographies of thinkers associated with anarchism, one of the strengths of the project lies in the selections themselves. It would be tempting to approach a project such as this with the desire to nail down all of the ‘canonical’ thinkers, and it is precisely this temptation that Kinna and Harper avoid. While prominent names such as Kropotkin certainly appear, and it can be somewhat disconcerting to see a list of ‘great’ anarchists that doesn’t include Emma Goldman, the choice to include early pre-anarchist figures such as William Godwin, mavericks such as Max Stirner, and those with legacies which have been largely depoliticised by history and education such as Oscar Wilde, allows an image of anarchism to be built more broadly. Further, it implies a vital piece of information: anarchism is somewhat unique among ideological traditions in that while it invariably draws from thinkers in the past, there is no name-giving origin point or presumed ‘central’ figure of authority. Anarchism can be found in any number of places, drawn out from any number of thinkers, and there are more of them around than you might think.

Kinna’s clear and concise style provides a great sense of ease to the reading. Never difficult, there is an almost conversational tone to much of the writing which can allow a reader to almost miss exactly how much information is being presented. Further, and perhaps most importantly to avoid the curse of hagiography, Kinna is never afraid to present critiques of the figures contained in the book: whether it is highlighting Kropotkin’s infamous views on the First World War, Bakunin’s anti-Semitism, or the long-standing tension between Stirner and much of the general anarchist movement, there is always room for nuance in Great Anarchists, and it is precisely this care that avoids the book sliding into myth-making.

All of this is extremely positive, however, that does not mean that Great Anarchists is without some degree of concern. To begin with, there is the first and obvious issue of the selection covered. While it is absolutely true that, shy of writing a tome thousands of pages long, Kinna and Harper would always be forced to make decisions to exclude certain thinkers in a project of this kind, the choice of who to include is worth examining. Inclusions of Oscar Wilde and William Godwin are certainly appreciated, and as mentioned earlier, open up the world of anarchism more broadly than simply focusing on the anarchist ‘canon’ might have, however the limitations of the figures selected do seem evident: other than Lucy Parsons, every figure discussed in the text is white, and with no exception at all, every figure is either of European or North American origin. Given the generally European flavour of most early anarchist theory, it is difficult to critique Kinna and Harper themselves for this issue, but in a text in which they are willing to include figures who pre-date the anarchist movement (as typically thought of) itself, it seems slightly strange that no figures from Asian, African, or South American anarchism are discussed.

It must be emphasised that this is not a damning criticism, and does nothing to impact the valuable nature of the work that is included in Great Anarchists, nor is it intended to downplay the significance of any thinker who has been included. Instead, it simply must be stated that the anarchist movement is broad and multifaceted one, and it might have been nice to see an inclusion of a figure such as Itō Noe (to give but a single example) in order to reflect that and also to combat the idea of anarchism as being a Eurocentric concept.

Further, there is a single note worth making, which is that while the downsides of various thinkers as individuals is a subject of discussion – anti-Semitism, or personal views on war, as mentioned earlier – there is fairly little critique of their thought itself in the broader sense. As Great Anarchists is more of an introduction to thinkers on their own terms than a text of theory in its own right, this is not truly an issue in my view. However, it is easy to imagine an anarchist coming from an anti-civilisational or primitivist perspective taking issue with the discussion of Louise Michel’s support for scientific and technological advancement in an uncritical tone – addressing only potential ‘deeply unscientific practices’ – as if these views were in a state of firm consensus amongst the anarchist community in general.

Neither of these downsides counteract or deny the useful and overall very fun nature of Great Anarchists, which manages to achieve its stated goal of balancing historical education with an emphasis on shared struggle with the present almost effortlessly, and is an enjoyable read.

The question for someone new to the world of radical leftist thought – particularly anarchist thought – is often where to start learning. It can be incredibly difficult without any particular guide to know where to begin, both in terms of which thinkers one should approach first, but also the texts they wrote and which ones should be considered the most urgent to read. Perhaps the most commonly suggested classical anarchist work among modern radicals is Kropotkin’s The Conquest of Bread, and while still a fantastic work filled with powerful explanation and convincing argument, there is some truth to the claim that the style can be challenging for people with little background in reading older texts. By contrast, many of the attempts that have been made to write modern groundings and introductions to the radical movements of anarchism take an altogether different route and, while they do provide an overview of common perspectives, it is fairly normal for them to avoid delving too deeply into the history of anarchism. Preferring to give modern day examples, and discuss modern day events, this strategy can be very useful but for a number of new readers it can be frustrating: where did these ideas come from, the question is asked?

Kinna and Harper’s new collection strikes a delicate but vital balance between the two approaches. Maintaining constant connections with the movements and struggles of revolutionary groups and radical thinkers of today, they draw a line directly between historical writers and activists without entangling themselves too deeply in what might be intimidating theory for the newcomer; their language is clean and concise, and they refrain from approaching the topic with the assumption that any given reader will already know what they seek to discuss. Given this mixture of the present with the past, as well as the brilliant use of illustrations throughout the book, Great Anarchists takes a centre stage as one of the most useful and beautiful introductions to the history and, more importantly, the present of radical thought. While not without potential nitpicks, the next time you are pressed to show a curious individual something to get them tumbling into the radical movement, Great Anarchists should be near the top of the suggestions. ■

Jay Fraser
Jay is an anarchist, poet, amateur philosopher, and basketball fan. He did his degree in English at the University of Lincoln, and is a fan of animals, good coffee, and horror movies. You can find him on Twitter @JayFraser1, or trying to find his face mask for the millionth time.

Great Anarchists by Ruth Kinna and Clifford Harper is available now from Dog Section Press for £6. Visit www.dogsection.org/press to buy, and read online.

Ruth Kinna is a professor of Political Theory at Loughborough University, and is currently the editor of Anarchist Studies. Clifford Harper is a radical illustrator, whose work can be found in a number of radical publications.