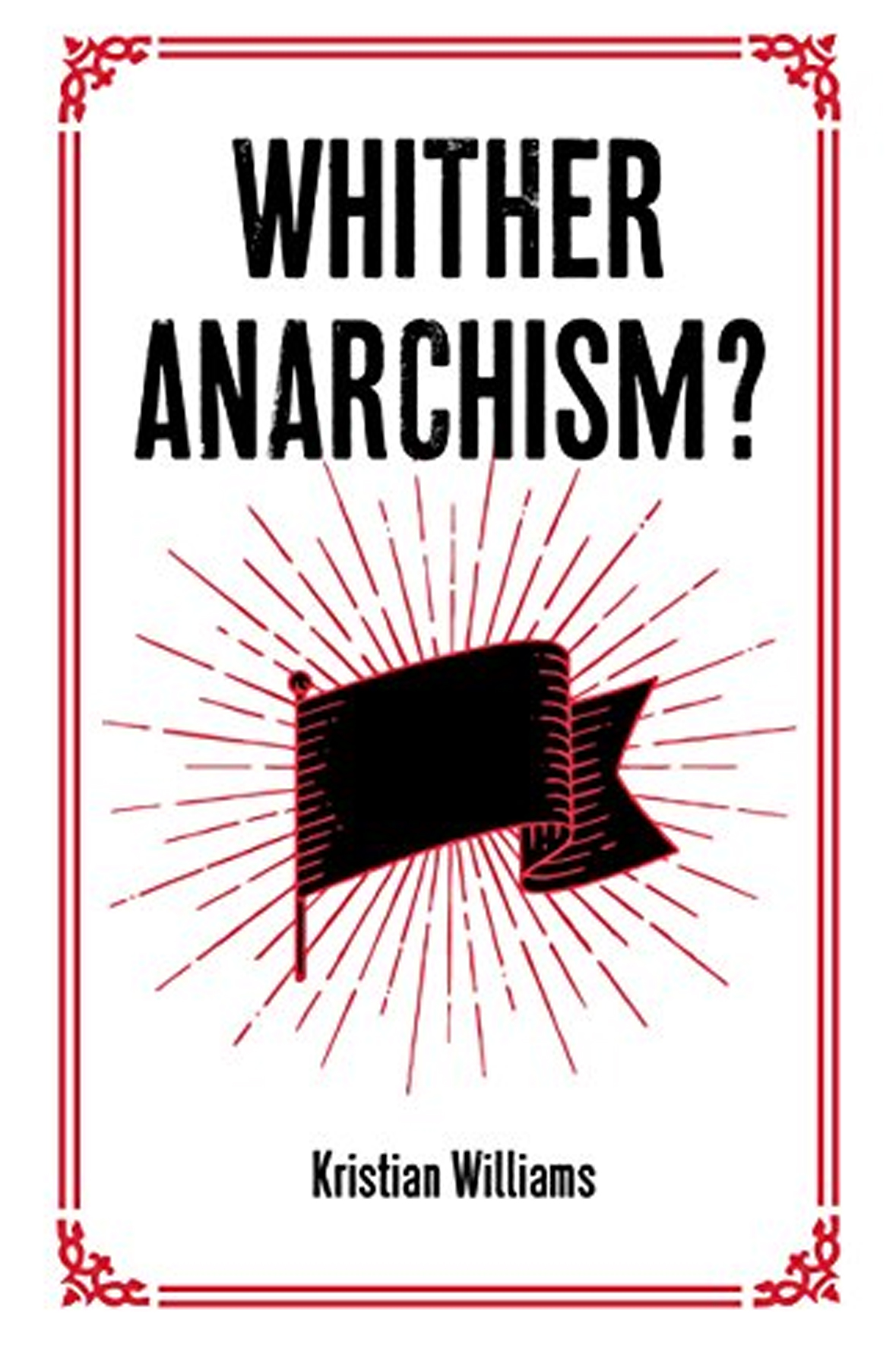 Kristian Williams is not mincing words or beating around the proverbial bush in his pamphlet “Whither Anarchism?” Frankly, good for him and it is good for all of us who call or think of themselves as anarchists. It is not mystery to anyone who has spent any time in anarchist circles, physical or digital, that there are issues that hold up progress. Issues that drive infighting and disorganization. By shining a light on what he thinks these problems are and what may be done about it, Kristian does Anarchists a much needed service.

Whither Anarchism begins with an introduction stating Kristian’s reasons for the inclusion of the three essays that make up the pamphlet and he does not take much time to let us know that the anarchist movement in his opinion is not in a great place. Hell, he goes so far as to ponder if the word “movement” is even the correct word for what anarchism currently is. He follows this introduction with what his own, personal believes are and defines what anarchism means to him. There is a lot in this first essay that most anarchists would agree with but it is nice to give readers a foundation for the essay that follows and to understand where the author is coming from.

The second essay which takes up the bulk of this pamphlet is where Kristian lays out what anarchism currently is and the evolution of how it became so. He raises some points and gives the historical reasons for aspects of anarchism that weren’t always considered “Anarchist” and discusses just how the have become so ingrained. Things that some Anarchist tendencies take for granted as always being a part of the philosophy, such as pacifism, are shown here to be outgrowths of world events and the evolution of an idea in an active and changing world. Kristian argues that we should pay more attention to the fact that ideas have changed and not retroactively assign ideas as golden rules that have always been, riding the line between stagnation and evolution. We need to understand foundational ideas in anarchism but we cannot hold on tightly to ideas and practices written in a time and place alien to our own. Towards the end of the this essay, Kristian writes “Our prefigurative practices should be guided by a strategic need to avoid establishing new tyrannies, not by a moral demand that we fully realize some pristine utopia. In fact, among the tyrannies we should avoid creating are those based in perfectionism and moral purity.” which is a statement so powerful and simple we should hope it becomes a rallying point to begin the work suggested in this pamphlet.

In his conclusion, Kristian addresses the fact that his two main themes in the essay Whither Anarchism? are in conflict. He states “ …while I find the ideas of anarchism compelling, I recognize that my argument for them is lacking in some fundamental respects.” This idea was floating in the back of my mind the further into his essay I read and I’m glad he acknowledges it. If left to understand out where he stands after reading the essay, one might feel that Kristian is arguing against trying to save Anarchism from itself. In reality what Kristian is trying to get across is that yes, anarchism has some serious and deep issues but that in the end, it is worth taking a look at these issues and moving anarchism forward. For the philosophy of anarchism to remain in its current state is to watch it wither and to die and without a philosophy, there is no anarchist movement. Kristian believes, as I think most anarchist would, that anarchism as both a philosophy and a movement, is worth saving. ■

Whither Anarchism? By Kristian Williams, Published by To the Point/AK Press 2018

Kevin A. lives in New York and enjoys coffee. Sometimes too much.