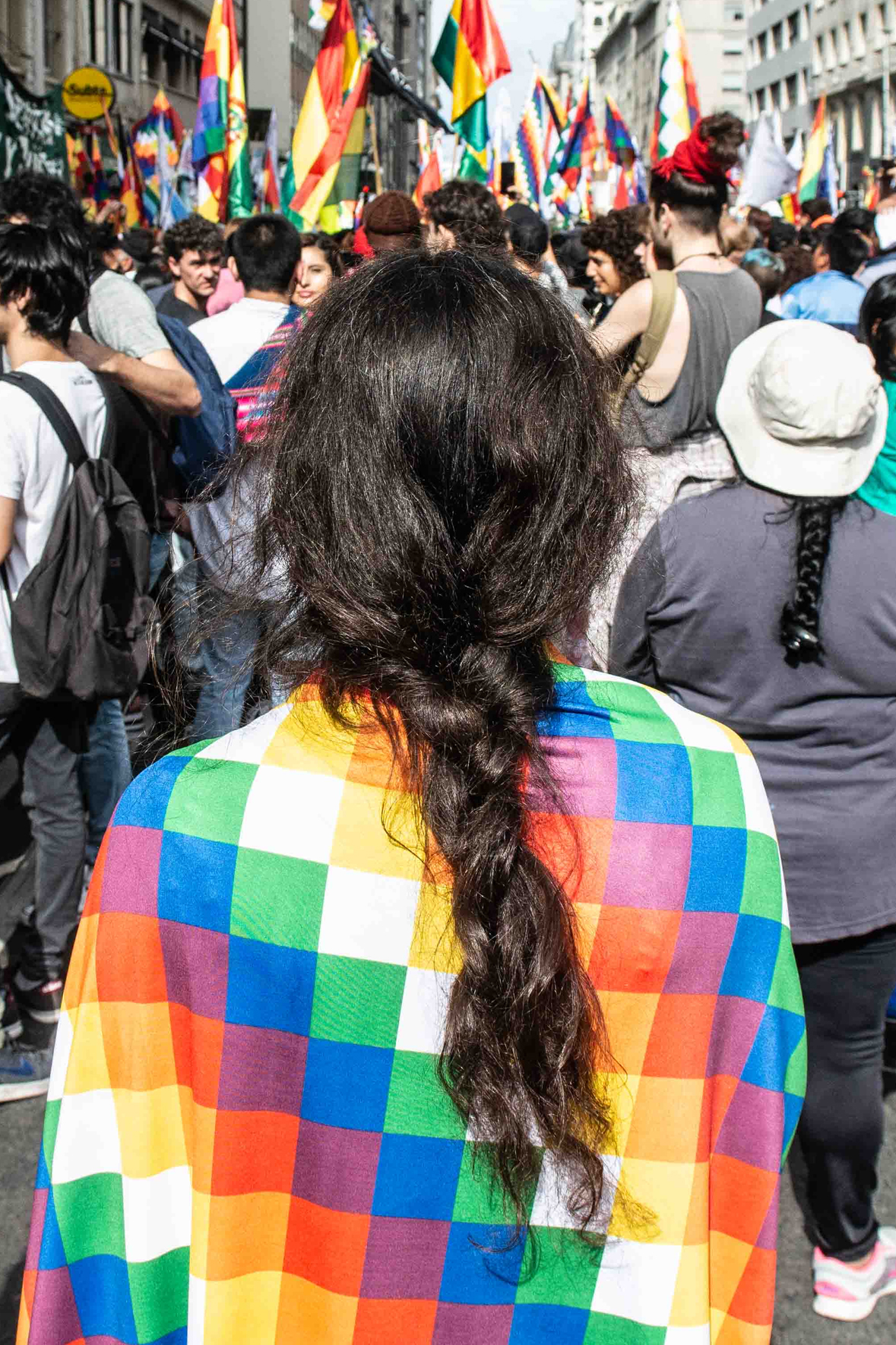 FACT. What just happened in Bolivia is a coup d’etat if we consider the dictionary definiton which is “the sudden, violent overthrow of an existing government by a small group. The chief prerequisite for a coup is control of all or part of the armed forces, the police, and other military elements. “

It is being said the former president Evo Morales resigned so he was not overthrown. It is also said he committed fraud and that is why he left. It is also said it is not a coup because Evo himself called it ‘civic and police coup’ as oppose to military cup. Wait.

This view is quite simplistic and does not go deep into the history of Bolivia, how the elections were held, and votes counted, and what was achieved in 13 years 9 months and who benefited and who did not, and who took power, how and what has happened I Bolivian streets since then.

During what his opponents call ‘dictatorship’, Evo Morales Ayma,  the first Indigenous president ever in Bolivia, and South America, reduced poverty from 35% to 15%, increased the minimum wage 127%, and very importanly, nationalised natural resources including natural gas and lithium, redistributed the lands among indigenous peasants, and made healthcare universal and free.  Also, Bolivia was named by the UN as free of illiteracy, and unemployment levels fell.

Bolivia held elections on the 20th of October. After the count of the overall votes he was declared victor with 47% against Carlos Mesa, right wing, with 36%. The latter immediately challenged this supported by the Church, and the governments of the USA, Brazil, and Argentina’s soon to be ex president, Neo-liberal, Macri, with the complicity of the American States Organisation (OEA) whose General Secretary, Luis Almeguer said in press conference on 12th of November that what was happening in Bolivia was not a coup and the military was not involved. All of this should should ring bells.

Evo Morales agreed to have international observers after his opponents accused him of stealing the election. On 2th of October he called for a second election. In the streets, there were clashes between supporters and police and opponents. Evo Morales was forced to resign to avoid bloodshed and was offered political asylum by Mexico who sent a plane to Paraguay for him which he boarded on the early hours 12th of November.

But that is not all that happened. During all this time, right-wing opposition gangs kidnapped family members of cabinet ministers and forced them to resign, burnt Evo Morales’ sister’s house, looted his own home, and burned the homes of some politicians loyal to the regime, and Patricia Arce, mayor of Vinto, was attacked, asasulted and publicly humiliated by an angry right wing mob. Ordinary people, mostly indigenous supporters, were also attacked, and graffiti appeared saying ‘Indios out” and “Bolivia free of “Indios” and the Wiphala flag, a symbol of unity of Original Nations has been burned and taken from police officers uniforms.

The perpetrators of this coup, some alleged quite simplistically is the USA. The European left forgetting that Latin American is a continent still colonised mentally and in all aspects of life. We do have agency and reactionary and fascist powers of our own that do not really need US support, even f they do look for it and they do get it.

That the CIA has backed every single coup in our continent since the 50’s is a given, however it is a fact that the plots come first from within. The USA usually provides money, weapons and a blessing.

The perpetrators of this very Latin American Coup D’Etat, which started being arranged as early as July 2019 , according to audio and documents seen by the new progressive elected government of Argentina to be made public soon, are many.

Carlos Mesa, the neo- liberal candidate to presidency, a privateer of course, but he is not leading this. The real brain behind this is Luis Camacho, a multi millionare religious fundamentalist which much to lose in a plurinational nation led by a socialist president. His family profited from the sale of Bolivia’s natural resources and health insurance. He is also a fascist leader of the separatist Union Juvenil Crucenista,(UJC) whose young members seems to have taken a leaf from the SS and Hitler Youth book. There are pictures of them sieg heiling, in fact.

The role of the evangelical churches in this coup and the far right in the whole continent must be mentioned too. The UJC are fanatics and there is now also an army of Christian youth in Argentina with fascist leanings, too. The Catholic church, as they have done historically in Latin America, are either keeping quiet or actively preaching to keep the oligarchy in power.

Important to mention the fact that the coup happened just a week after Evo Morales stopped a multimillion deal to exploit the country’s lithium resources.

Camacho entered the Palace of Government as soon as Evo had resigned waving a flag, and donning a bible. A sign of things to come. He has made speeches quoting the bible and has vowed to bring it back to governmental circles.

In terms of the army involvement, the Chief of the Armed Forces, General Williams Kaliman called for Evo to resign and after he did, the general gave a speech consecrating the army to Jesus Christ. They have also attempted to bribe Evo Morales’ security with 50 000 dollars to hand him in before he had to flee.

The army, too, have being asked by the police force to assist them in the streets to control the thousands of people who support Evo and who have pledged to revolt if he is not reinstated. I am talking about Indigenous organisations, Community leaders, Farmers and doctors.

Contacts in Bolivia now have reported to me that their friends have been arrested or attacked by young fascists or the police, with video evidence, and, oddly, they say a large number of indigenous people out in the streets last night seem to have vanished. There is also the fear of not knowing what side the neighbours are in or if they can leave the house.

The resistence is huge and grassroots and Indigenous, and community organisations are leading it. EveN doctors have taken to the streets. A the time of writing this, the Bolivian Workers Central (COB),who reject the coup, has pledged to call for a general strike and deploy all its affiliated workers to La Paz if consitunional order is not restored in 24 hours (13th of November 23.00 GMT) . 20 provinces are, I am told, going to La Paz to resist.

Unfortunately, today after midnight GMT, Jeanine Anez, a right wing senator proclaimed herself president of Bolivia, clutching a bible, with NO elections but standing by her side were Luis Camacho, and a leader of the UJC and was approved by the army, police and the elite. No indigenous people around despite them being 62% of the population. It must be stressed that this goes against articles 161, 169 and 420 that forbid this categorically.

Make no mistake. In words of Adriana Guzman, leader of Feminists of Abya Yala (The pre colonial name for what is now South America in Guna language) “The coup d’etat in Bolivia is racist, patriarchal, ecclesiastic and oligarch” A very Latin American coup, then.

Tais is a Mexican Native and activist based in London. She has been part of the student and Indigenous movements in Mexico and has been involved in animal rights, Antifascism and solidarity work in Ireland and the UK for many years.