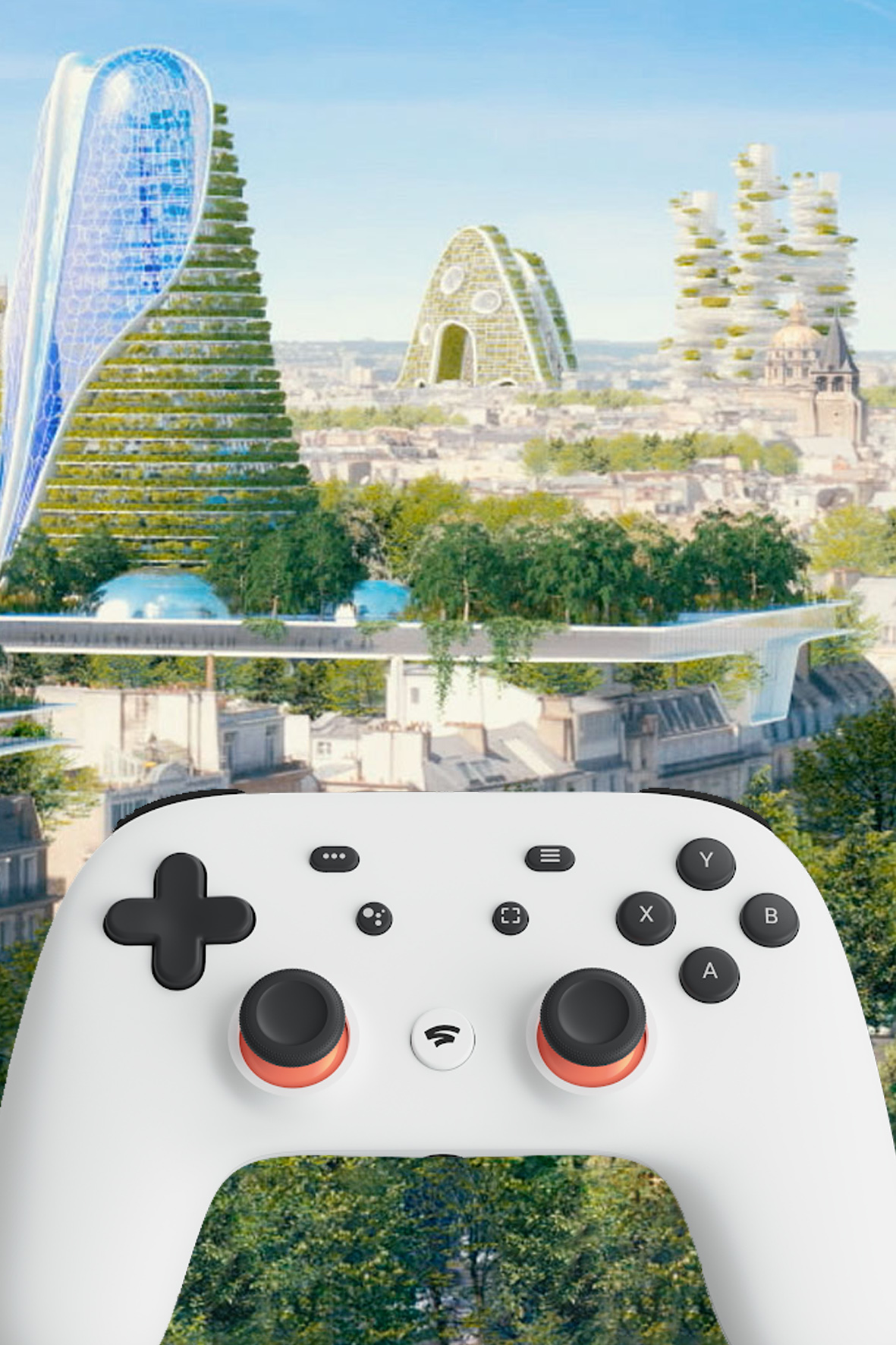 In light of Google’s Stadia, Marijam Didžgalvytė discusses the possibilities for changing the modes of production in the videogaming industry, via Walter Benjamin.

The backlash against Google’s proposed alternative to console gaming – Stadia – has already been significant. Among the concerns are the practical (such as the dependence on internet speeds) and the ethical (such as the likelihood of freemium logic dominating the experience). Obviously, a company with Google’s track record and drive toward platform monopoly are hardly likely to provide an answer to the unethical capitalist modes of production that characterize the entire gaming industry. Nevertheless, the emergence of Stadia as an idea gives us an opportunity to begin discussing the situation. Ultimately, we cannot even begin to think about political utility in gaming until we sort out the modes of production of the hardware. Is Google the answer? No, but new possibilities are emerging.

Whilst trying to discuss political utility in video gaming, the obstacle that constantly re-emerges is the means necessary to even engage with this medium. One would be correct when stating that video gaming can never be truly appropriated for radical purposes due to its sheer dependency on consoles/PCs and their production in the Global South, often in appalling conditions. The ethics behind the manufacturing of these devices has been a growing subject of concern for years — suicides at Chinese manufacturer Foxconn or conflict minerals required for most micro-chips that have funded genocide in the Republic of Congo.

In what circumstances then gaming can ever possess a meaningful critical voice, when its sole existence is indistinguishable from hyper-capitalist relations of production?

With the ever-increasing power of computing and network technology, the future has the potential to be dominated by a reduction in hardware and the development of cloud-based technology, as Google’s Stadia makes plain. The following is a selection of examples where these trends have already emerged.

Ouya
In 2012, the development of Ouya gaming console was funded via Kickstarter, raising $8.5 million and becoming the website’s fifth-highest earning project in its history at the time. The selling trait of this new console, besides its $99 price tag and modular design, was that it essentially worked as a router connecting to servers and running games directly from them, rather than having a built-in ability to insert original CDs. A separate, ‘Free The Games Fund’ Kickstarter campaign was created to fund the developers making the games specifically for Ouya’s servers. Unfortunately, the momentum didn’t last — the selection of games made for this console was not particularly diverse, the controller had minor design and delay issues and that was enough for the production to be discontinued in June 2015.

Nintendo NX
Nintendo NX was the original concept behind the Switch –  a hand-held device which one can plug into a base station at home, making it possible to play games on TV sets. Controllers connect to the console when it’s fixed to the dock. Again, the attempt here is to reduce the bulk of hardware produced and combine many gadgets into one, harnessing the cloud power. Nintendo has been granted the patent for a ‘Supplemental Computing Device’. To summarise the core concept, it allows for an extra device to provide extra resources to a gaming system through two means — through on-board hardware and through utilising resources in the Cloud. In theory, such devices could be made available to boost a system as it ages, for example, to give it extra power rather than replace a console outright. Whether this is part of the future of the Switch is still to be seen, of course, but as a concept it could certainly be part of the future of a more ethical and sustainable gaming.

Onlive
This software created in 2009 was meant to be the gaming equivalent of Spotify or Netflix — it offered subscribers to rent or demo computer games without installing them on their device. This setup allowed the games to run on computers and devices that would normally be unable to run them due to insufficient hardware, and also enabled other features, such as the ability for players to record gameplay and to spectate. Onlive had many challenges, but perhaps the most difficult was latency, or input delay — it is the perceivable amount of time players wait for a game to send commands to a data centre and then send back the results. Some analysts valued Onlive at $1.8bn. But after two years of under-performance, in August 2012 the company laid off all its workers, and its assets were eventually sold for less than $5m.

The potential offered by technological advances such as Onlive is immense — one could buy a Raspberry Pi micro-computer for as little as $5 — $35* and play all of the top-end games on that setup. The problem Onlive had with frame latency is a factor many developers are currently addressing. For instance, the popular fighting game Street Fighter requires the input delay no longer than 17 milliseconds and Onlive could only achieve 135 milliseconds. However, Boyd Multerer, one of the key architects of the Xbox One, is optimistic:

‘Here’s the thing with Street Fighter, the entire background image isn’t latency sensitive at all. It’s just the fighters that need to be rendered super fast. Now, is the background most of the pixels? Yes. So in a hybrid model, the background can be a beautiful image rendered in the cloud, while the console can focus all its power on the fighters. That’s the best place to be.’

Although this solves the issue of receiving the visuals back to one’s monitor, Multerer does not elaborate on the speed necessary for the input from the controller to arrive to the server.

FairConsole
The always-online aspects of the Cloud-based technologies are not for everyone and may still take significant technological leaps in order to be achieved. In the short-term, it would be fascinating to see gaming companies adopt the ideals of Fairphone and Fairphone 2! The Dutch company is currently working on its third model of ethically produced smartphone — the materials used are from conflict-free zones, assembled in Netherlands by well-paid professionals. At €520 it is not cheap, but due to its modular design, all of the parts can be upgraded so the phone can have an unusually long lifespan. I would love to see a company like Valve, jumping on to creating a console and monitor equivalent of Fairphone. Perhaps the production could take place in Greece, as Valve’s former employee Yanis Varoufakis would have some connections there, no doubt.

In his text ‘Author as Producer’, Walter Benjamin argues that it is not enough to pass something off as having ‘revolutionary content’ while still utilising contemporary relations to production: it is essential for the author/artist/activist to become a conscious producer, one who considers and evaluates her own work, and her relation to the formal means of production, in a ‘truly revolutionary way’ (Benjamin, 1970). As argued by Benjamin:

‘The activists and the representatives of the new objectivity can wave their arms as much as they please: they cannot do away with the fact that even the proletarianisation of an intellectual almost never makes a proletarian… the bourgeois class gave one a means of production which, on the basis of the privilege of culture, makes him solitary with it.’

In essence, Benjamin insists that the beginning of any operation in a political context should not start from the author settled outside and looking into the subject matter, but from within the area of discussion itself. Not only does that critique a lot of what is perceived as instrumental for social change, but it negates the entire notion of political aesthetic in art, writing and/or games.

While all of the above examples still utilise for-profit organising structures and the text does not address the shift in employment that would occur in the event of the decline in manufacturing industries in the Global South, these topics must be discussed in some urgency. As the Chinese middle class is growing in unprecedented speed, the change in conditions should inevitably advance the price of the devices we got so used to acquiring cheaply. Storing computer power in servers, which then can heat our homes, is a much more economically and ecologically viable option for future electronics and if we wish to give any civic merit to digital mediums, we must take notice. ■

Marijam Didžgalvytė is the creator of video series Left Left Up on videogames & IRL politics. She has written for Guardian, Kotaku, Vice, GameIndustry.biz and many others.
Marijam also leads the Communications Committee of Game Workers Unite International.
Check out her work @marijamdid on Twitter and marijamdid.com

(This article was originally shared on Everyday Analysis)