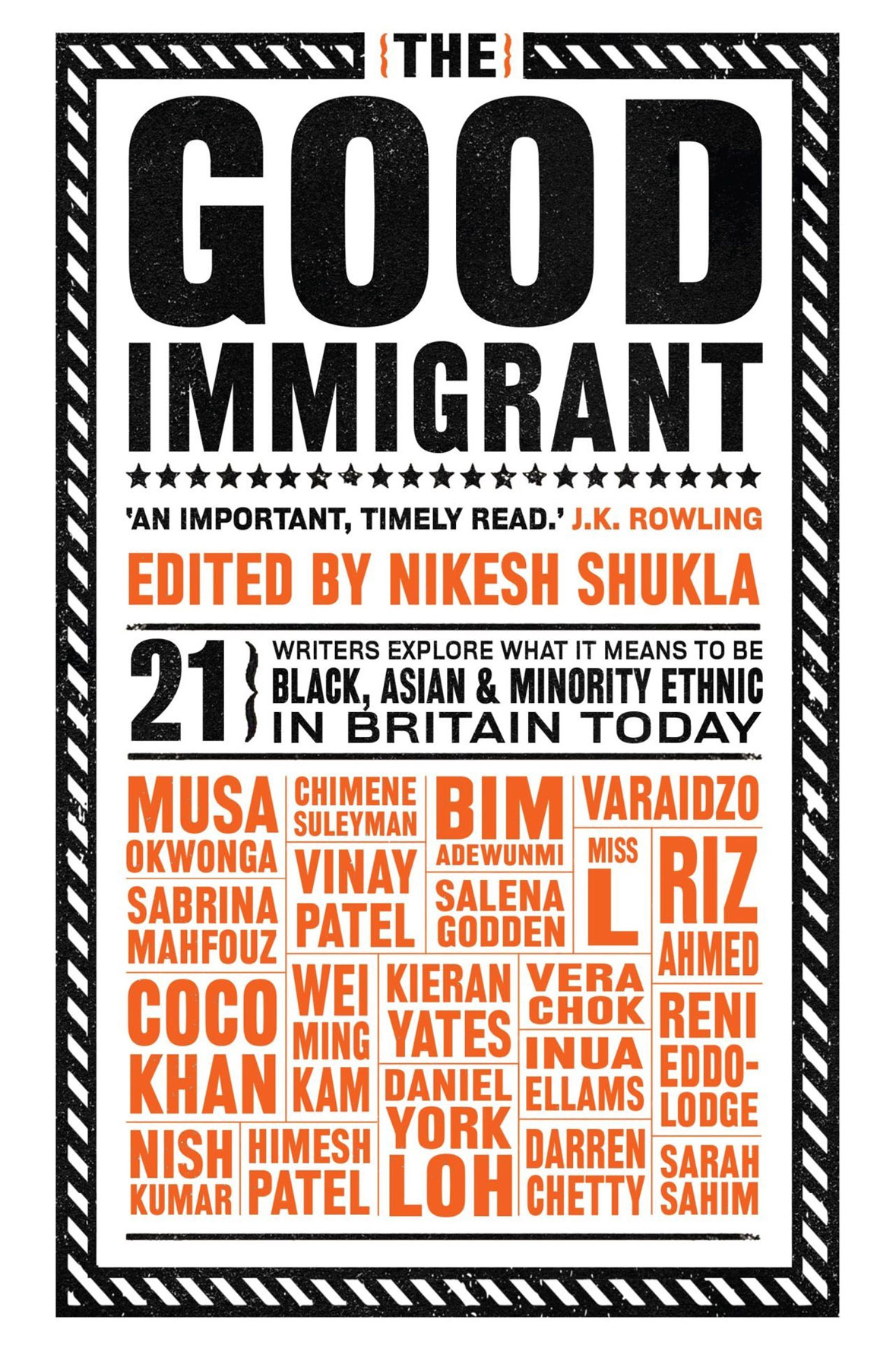 I stumbled upon this book when looking for more books by people of colour to read. The book is a collection of 21 short stories by black, Asian and minority ethic writers (BAME), mainly first and second-generation immigrants, who have grown up in the UK and details the difficulties they have experienced, and the racism and prejudice they have faced here. Nikesh Shukla has collected a series of stories ranging from somewhat humorous anecdotes to a more sombre approach to the subject matter, so there’s a pretty broad mix of styles included.

A lot of the stories focus on the idea of a ‘good’ and ‘bad’ immigrant and this idea that immigrants, or basically, those who are non-white, have certain expectations pushed upon them by society that white people just don’t have to contend with. There is the idea that people of colour must ‘prove’ themselves in order to be accepted into ‘British culture’ – something which is problematic in itself and is steeped in a history of violence, colonialism and xenophobia; many of the writers focus on the feeling of being unwanted by the country they were born in, despite the huge contributions migrants have made here.

It also looks at just how ingrained institutional racism is in our everyday society. As white person from Sunderland, a rather homogenous city up in the North East of the England, I have to be honest and say it is something that isn’t always on my radar, and is something I need to be more mindful of, including in my own interactions. This book was a rather stark reminder of just how ingrained this is in our society and the horrendous consequences it has on people’s everyday lives.

There isn’t a single focus in this book, there are discussions on being mixed race, what it means to be black, the idea of the Asian ‘model minority’, however within the diversity and breadth of discussion there is commonality in the way all these authors have been treat in this country. Stand out essays for me were ‘A Guide To Being Black’, ‘Airports and Auditions’, ‘The Ungrateful Country’ and ‘Beyond Good Immigrants’.

I think it is important to mention that the writers in this book all know the author ■ (as she points out in the preface) and that they are all considered to be relatively successful people within current society, which therefore means the demographic being represented is somewhat limited. We still don’t get to hear the voices of those who are facing poverty, unemployment and unable to access the basic services they need. There are some working-class voices in the book, although these seem to be fewer in number.

Considering the UK’s horrific past of colonialism, our continuing onslaught of imperialism around the globe and our ongoing battle against racism, this book is a great starting point to try to understand and empathise what those around us routinely suffer through and how we attempt overcome these issues. It’s 2019, and we’ve got a long way to go yet. I recommend this book to everyone really, but especially white people, it’s extremely relevant and will probably leave you feeling a mixture of despair, shame and rage. ■

Northern Jam is an Anarchist and feminist from reet up North. Passionate about cross stitching, reading and the downfall of the white supremacist capitalist patriarchy.
The Good Immigrant. Published by Unbound 2016 . Edited by Nikesh Shukla