An Interview With The Decolonial Atlas

The Decolonial Atlas is a volunteer-run project lead by Jordan Engel which is building an ever growing collection of maps which, in some way, help us to challenge our relationships with the land, people, and state. It’s based on the premise that cartography is not as objective as we’re made to believe. The orientation of a map, its projection, the presence of political borders, which features are included or excluded, and the language used to label a map are all subject to the map-maker’s bias – whether deliberate or not.

Thank you for the time, why don't we get started with a little about how you got started with The Decolonial Atlas? What was the original impetus and why do you feel that such maps are so needed? What are the aims of the project?

Cartography is beautiful science and art form that can help us to better understand the world and our place in it. The problem is that most of the maps we use today reinforce an understanding of the world that is flawed. They do this in many ways, from the projections they use, to imposing to place names of the colonizers, to the inclusion of political borders. Borders do not really exist outside our imaginations, but they have been ingrained so deeply into our mental geographies that they seem real. A recent analysis revealed that most international borders are actually less than a century old. A world free from states becomes easier to envision when our maps don't include borders.

They say that 'history is written by the victors.' Well, maps are made by the colonizers. The Decolonial Atlas was started in response to that, to amplify indigenous geographic perspectives and challenge the monopoly that colonial maps have on our consciousness. The world has much to learn from these indigenous perspectives, but even more importantly, indigenous cartography contributes to the overall perpetuation of indigenous cultures which have for so long been suppressed. Knowledge of the land, passed down through generations, is preserved in indigenous place names. Documenting those names now is of the utmost importance, so that when the elders pass, those names are not forgotten forever.

Indigenous toponyms are important reflections of the cultures and places they represent. Compared to colonial toponyms which are often named for important settlers or are transplanted names from their homelands, indigenous names are much more deeply rooted in the local history and geography of that particular place. Documenting these names serves to support ongoing language revitalization efforts, acknowledge unextinguished indigenous land tenure, and help native and non-native people alike to better understand indigenous history, the legacy of colonization, and our relationship with the land.

You mentioned that one of the key issues with the maps in common usage is the projections themselves? Could you tell us a little more about this, why is came about and why it is we are using maps which continue to be problematic? Is there a preferred map?

The issue of projections in cartography comes down to equal representation. So many of the maps we use diminish the relative size of the Global South, while allowing for a greater level of detail in Europe and North America. The most egregious projection that we are all familiar with is the Mercator, a 450-year-old relic that famously makes Greenland appear larger than the entire continent of Africa. Obviously, because the Earth is spherical, there's no perfect way to represent it on a flat surface, but there are many great equal-area projections which are certainly preferable to the Mercator. Some of my favorites are the Eckert IV projection, and the similar Equal Earth projection, which was just invented in 2018.

What is the scale of loss of indigenous toponyms? How much have native communities lost?

The scale of loss varies from tribe to tribe. Eastern nations, which were colonized the earliest, often suffered a huge loss of their cultural heritage. Many of the names on our maps are from the precolonial era, while others are not quite as old. In some cases where the indigenous name for a place has been forgotten or suppressed, contemporary indigenous communities have endeavored to reconstruct a place name based on their cultural relationship with that location. Because indigenous cultures and languages are living and dynamic, none of these names are any less "authentic" than others. Still, I was once talking to DeLesslin George-Warren from the Catawba Indian Nation who brought up a great point when we were discussing indigenous toponymy - "The fact is that we've lost so much in terms of our language and place names. It might be more honest to recognize that loss in the map instead of giving the false notion that the place name still exists for us."

How do you feel about the argument that English toponyms can be set alongside indigenous toponyms? Such as found here in the UK where Welsh/English, Gaelic/English sit side by side, Is this enough?

It's a question for each indigenous community to answer what reconciliation means and looks like to them. Personally, I think there are so many instances in North America where the colonial place names blatantly dishonor indigenous communities, that I don't think dual-naming would suffice. The significance of place names is mostly symbolic, and too often, the names that dot this landscape are symbolic memorials to the white supremacist perpetrators of genocide and slavery. There is no equivalent for that in Great Britain.

What is the main difference between modern state borders and those of indigenous communities? Do they not present similar issues?

The Decolonial Atlas has become a platform for people to share ideas about decolonization. Someone commented recently that the concept of 'tribal territories' is widely misunderstood. Most American Indian nations did not have clearly defined borders as we think of today, and the concept of land ownership itself seemed absurd to many. I'd also direct people to a recent article which explores this topic titled Settler Anarchists Should Tread Lightly Around Indigenous Nationalism..

Is there a particular focus to your work at the moment?

Since 2014, we've been researching and consulting with indigenous elders and language keepers across North America to create a decolonized modern map of the continent. The main feature of this map are the indigenous toponyms (place names) for major landmarks such as cities, mountains, and historical sites. We've worked with more than 100 indigenous communities so far to accurately represent their languages and perspectives on the map.

How can Anarchist communities best practice respect for indigenous names? Is there not an issue of appropriation?

At the beginning many public events, it's becoming more common for there to be a territory acknowledgement, recognizing that these events are taking place on the stolen land of a particular tribe. When possible, we recommend also acknowledging the indigenous name of where the event is taking place. Place names are the intellectual and cultural property of the native people, and as such, we advise seeking permission from those communities and language keepers beforehand.

What are the long-term goals/ road map of The Decolonial Atlas?

We strive to accomplish many goals with the Atlas, including:
- Documenting indigenous knowledge of the land to ensure it's not forgotten
- Fostering a better understanding of indigenous history and the legacy of colonization
- Supporting indigenous peoples' reclamation of culture, language, and connection with the land
- Promoting indigenous pride in seeing accurate cultural representation
- Combating widespread misinformation about indigenous toponymy and
- Acknowledging unextinguished indigenous land tenure. ■

Jordan Engel, who kindly gave us this short interview is a mapmaker and researcher originally from Ga’sgöhsagöh in Onödowá’ga:’ territory. He founded the Decolonial Atlas in 2014. 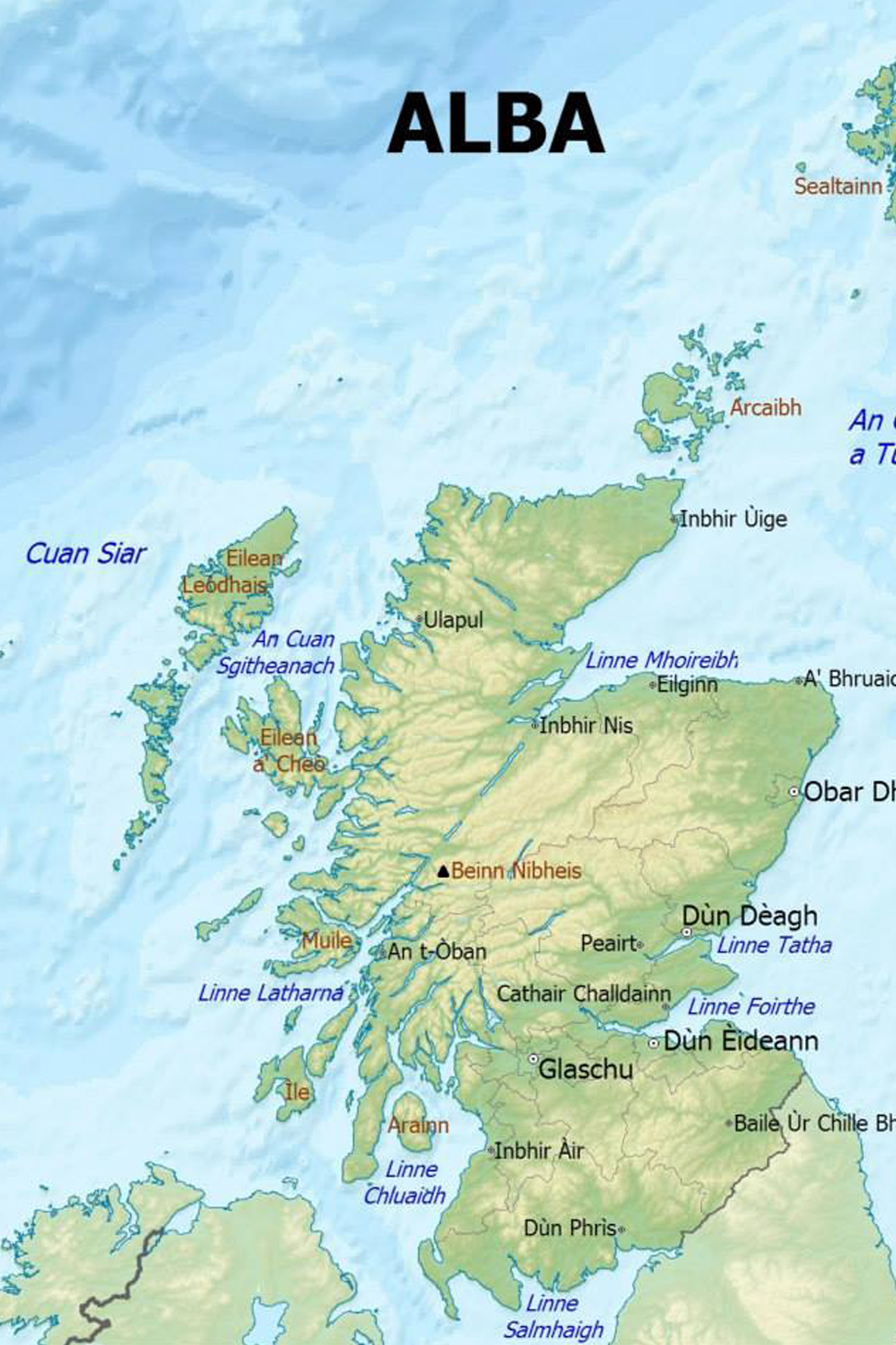