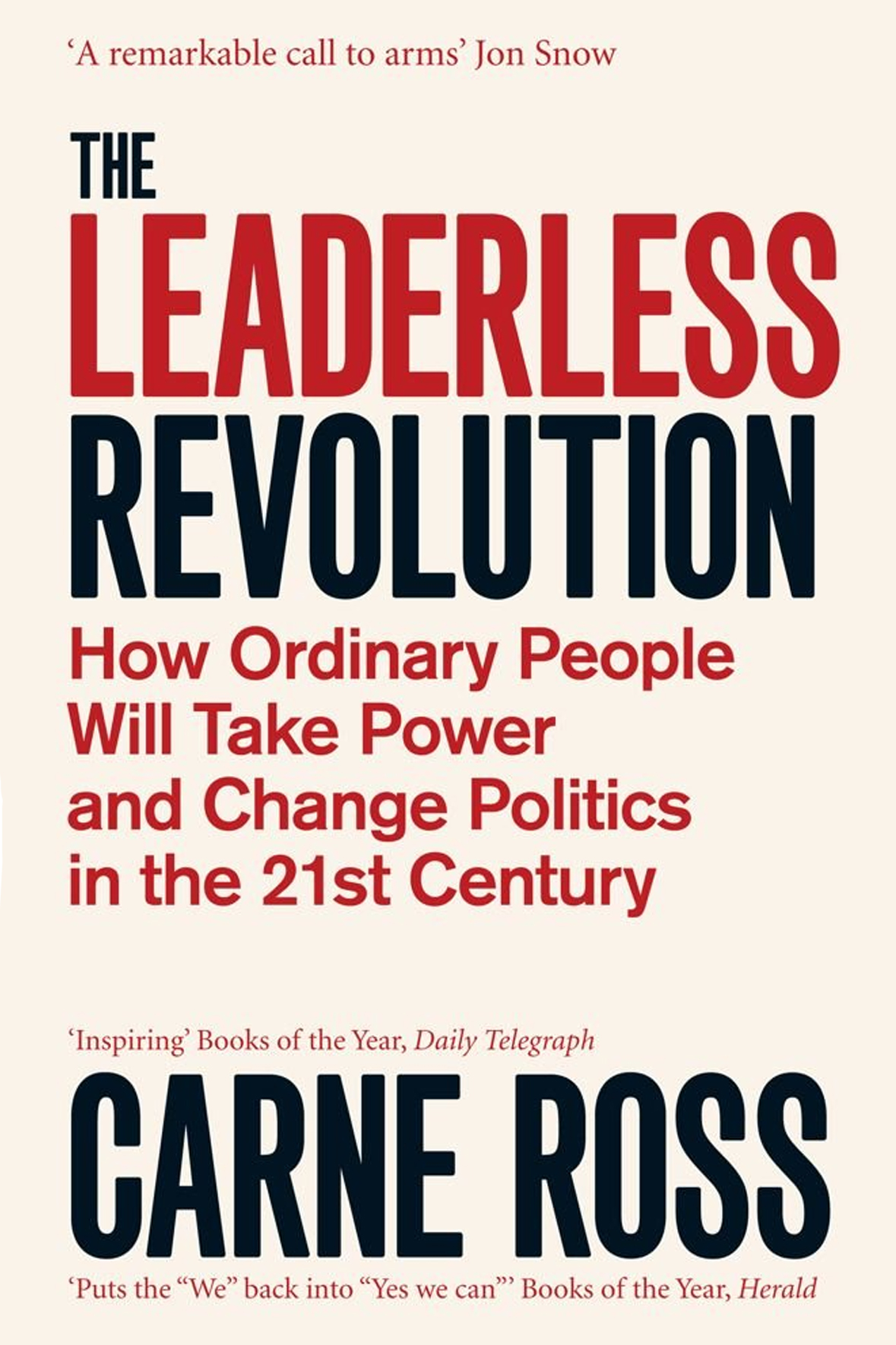 Carne Ross’ The Leaderless Revolution is refreshing because of its atypical perspective. Contemporary anarchist literature is often written by academics who have studied political theory, or by working class people, who have struggled in a Neo-liberal capitalist society, and understand the need for change. Ross is neither of these; a former British diplomat, he was a lead official at Britain’s mission at the United Nations in New York dealing with Iraq. He was responsible for the policy on weapons of mass destruction and the pre-war sanctions. Ross states that Britain and their allies knew that Saddam Hussein did not possess significant WMD. Therefore, the sanctions and the subsequent invasion of Iraq were unjustified, and led to hundreds of thousands of unnecessary civilian deaths. Rather than critiquing the establishment, their systems and institutions from the outside, Ross has been enmeshed in the inner workings of the machine, and has decided it is broken.

This book is for those new to anarchism as a political theory, but who are dissatisfied with the state of the world, and yearn for something better. Many veteran anarchists’ first reaction to Carne Ross might be one of distrust – he was part of the establishment, he wears a suit, looks like a civil servant, and is still involved in international diplomacy, albeit advocating independently for marginalised groups. However, the fact that he is a non-conventional anarchist, might be Ross’ greatest strength. Brexit and Trump were arguably a result of people’s dissatisfaction with current systems, and a desire for radical change. Greta Thunberg and Extinction Rebellion have engaged a wide range of people not normally involved in radical politics. This seems a potentially fertile time for enlisting people to anarchism, and many might be more easily recruited to the cause by a well-spoken, respectable former diplomat, than a dreadlocked crusty with a black bandana over their face. Ross’ experience and former position afford him an air of respectability and legitimacy that may make his messages more palatable for many people.

Ross eschews established examples of anarchism in action, such as the Paris Commune or Spanish Civil War, instead presenting more contemporary examples, such as the autonomous region of Rojava in North-eastern Syria, participatory democracy at the municipal level in Porto Allege, Brazil, or even communities’ abilities to respond to their own needs following emergency situations more effectively than the authorities and institutions entrusted to do so, as witnessed in the aftermath of Hurricane Katrina or the Grenfell Tower fire.

Where Ross’ vision of an egalitarian society differs from many anarchists is his commitment to non-violence, and his suggestion of a gradual transition to an anarchist society, rather than through revolution. The belief that large worker-owned co-operative institutions could be built within a capitalist state, and that they would be so appealing, and productive, that the existing capitalist alternatives would simply wither away, demonstrates a naivety on Ross’ part. This book is a gateway drug, which will hopefully lead people to seek out stronger substances in the future. ■

Stuart Barton is a teacher and trade unionist, based in the West Midlands. You can check out his other writing on his website, as well as his Facebook and Twitter pages.