On Mayday police attacked the a demonstration of some 1000 Anarchists in Bandung with brutal severity on the pretence of stopping some spray painting. this demonstration involved children and families who were sent fleeing.The gathering broke into two sections who were then chased down, attacked, arrested (some sixty people simply being bundled into black SUV's by masked police) and beaten. Shortly after without any judicial procedure many had their heads shaved, their faces covered in spray paint and some were forced to crawl along the street in their underwear. You can see footage of the demo before the attack of Anarchists singing ‘Buruh Tani’ (‘Farm Workers’) and after the police assault to see how the cops change everything.

In total some 619 were arrested and currently 3 comrades are still trapped in the hellish Indonesian prison system.

Elsewhere in Jakarta, Anarchists took on a police blockade to allow Trade Unions comrades to get to their rally point in a beautiful act of solidarity against the state, however the local Anarcho-Syndicalist union in Jakarta is being targetted by the police.

In Malang, Makassar and Surabaya comrades have been beaten and kidnapped by the state with entire communities being terrorist by the bastards as they preform sweeps looking for Anarchists

The shaving of heads brings back vivid memories religious police units of the Aceh region - who have history of horrifically abusing transwomen - attacking punk charity gigs in 2010/11 beating people up and taking them away for “re-educated” starting with... well as police chief inspector, Iskandar Hasan said "First their hair will be cut. Then they will be tossed into a pool. That'll teach them a lesson!" … it's seems shaving heads is a national past time for the pigs in Indonesia now...

All of this has been building for decades with a vibrant culture of resistance. Please take the time to have a read of this interview Black Rose / Rosa Negra had with an Uber driver and member of Persaudaraan Pekerja Anarko Sindikalis (PPAS) last year which talks about how how Anarchist-Syndicalism has developed there and also this 2010 interview with Indonesian Anarchist from the book “Von Jakarta bis Johannesburg - Anarchismus weltweit' and finally this essay by Vadim Damier and Kirill Limanov which looks into the history of the struggle back to the two hundred years where anti-colonial forces alongside comrades in Europe and India which eventually lead to Anarchist cells forming in 1914/6 and with the ebb and flow of revolution pettering out only for the black flag to return alongside punk in the 90's.

" In the years 1993-1994, an Indonesian punk scene emerged. Gradually, part of it turned to anti-dictatorship and anti-fascist activity; they established links with social movements and with the labour movement. As the Indonesian activists themselves described, the anarchist movement arose around 1998.

In more recently memory the Anarchist scene in Indonesia has suffered major hits. The Anarchist Black Cross Indonesia (Palang Hitam) had to stop operating a couple of years back after a member pretty much stolen all the funds and donations from around the world and disappeared leaving a divided community spread across thirteen thousand islands. Disconnected from each other and from the international community Indonesian comrades have struggled on and built vibrate Anarchist movement diverse in nature and entirely composed of local autonomous groups and individuals. These are small communities both rural and urban that have been facing a massive crack down for years with the state actively monitoring organisers and disappearing people.

So right now... whats occouring?
Around the world comrades are lighting the fires and sharing their solidarity, some folk are as I type en-route to Indonesia to provide support, develop links and report from the front line as they take action with local comrades. In the UK? Take action. Show solidarity.
Whatever that means to you

You'll find the Embassy of the Republic of Indonesia at 30 Great Peter St, Westminster, London SW1P 2BU
Their phone number is :- +44 20 7499 7661
The Ambassador is called Rizal Sukm

In the words of local organisers “Right now we would appreciate international solidarity in the form of actions and also financial support. We will make sure that the mistakes made by Indonesia ABC won’t be repeated. If people are able to provide financial assistance please send it to the paypal below. We will use it for legal fees and to help support our friends who are in hiding because they are being targeted by police.”

We are children of workers or laborers who work in factories, offices, warehouses, workshops, restaurants and wherever our parents bow to the employer.
We are school dropouts because we have to help our parents.
We are children who exclude ourselves from school because we refuse to continue the modern wage slavery system.
We are students who work part time, dividing our time between studying and work and are bullied on campus and in the workplace.
We are a generation that is taught how to be slaves and to be turned into ready-made products for industry.
We have to pay expensive tuition fees to be enslaved.
We are prospective workers, replacing our parents who lost their dignity, who feel inferior due to being labeled stupid, working hard under the demands of production, long work hours, low wages and high risk work environments.

We are the future. We have started a new page for a different era. An age without oppression and slavery.
We, are your children. 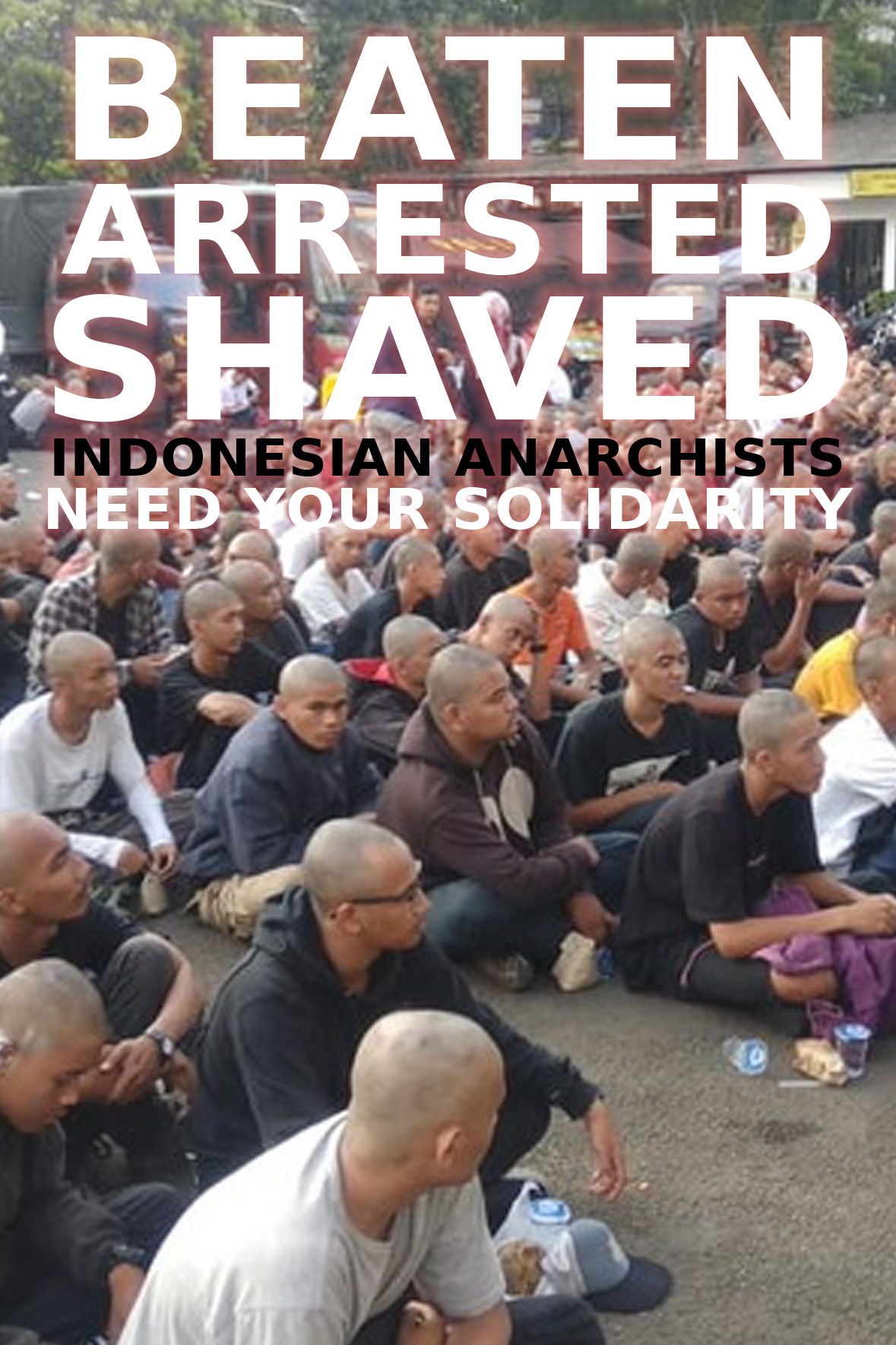