In July 2015, 33 revolutionaries who set out to rebuild Kobanê, a city that was destroyed and plundered by ISIS gangs, were massacred by the murderous State and ISIS. In order to commemorate the massacred revolutionaries and to keep their struggles alive, commemorations were made for the 4th anniversary of the Suruç Massacre in Istanbul and Ankara upon the call of the Youth Organizations including Anarchist Youth.

At the very hour of the massacre 4 years ago, commemorations took place at the graves of our comrades, who were massacred by the murderous State and ISIS gangs. The 33 Martyrs were remembered and it was promised that unfinished dreams would be completed and that we would call the responsible to account for what was done to them.

The ongoing injustice, oppression and violence since the massacre continued in Istanbul and Ankara against those gathered to commemorate them.

Following the sit-in in Istanbul, as the march towards Süreyya Opera House, the meeting point for the memorial event in Mehmet Ayvalıtaş Park, the murderous police (of the murderous State) began their unceasing attacks. Similarly, in Ankara, on the call of Youth Organizations, including Anarchist Karala, those who came together for the action on Sakarya Street were subjected to police attacks. 8 revolutionary were detained. With the ongoing gatherings in the Kızılay after the attack, it was once again shown that it would not step back against the killer State. The revolutionaries who did not leave the streets showed that the struggle for Justice for Suruç could not be ended with theseattacks.

Continuing their unceasing attacks , the police detained 20 revolutionaries, including 3 of our comrades from Anarchist Youth. From the Kalkedon to Bahariye Street, barricades were built on all the streets of Kadıköy.
The fight of the 33 anarchist and socialist revolutionaries massacred in Suruç is our fight. The journey of martyrs cannot be ended with bombs, attacks, detentions and intimidation.

Their fight is ours.
Our fight will continue! ■ 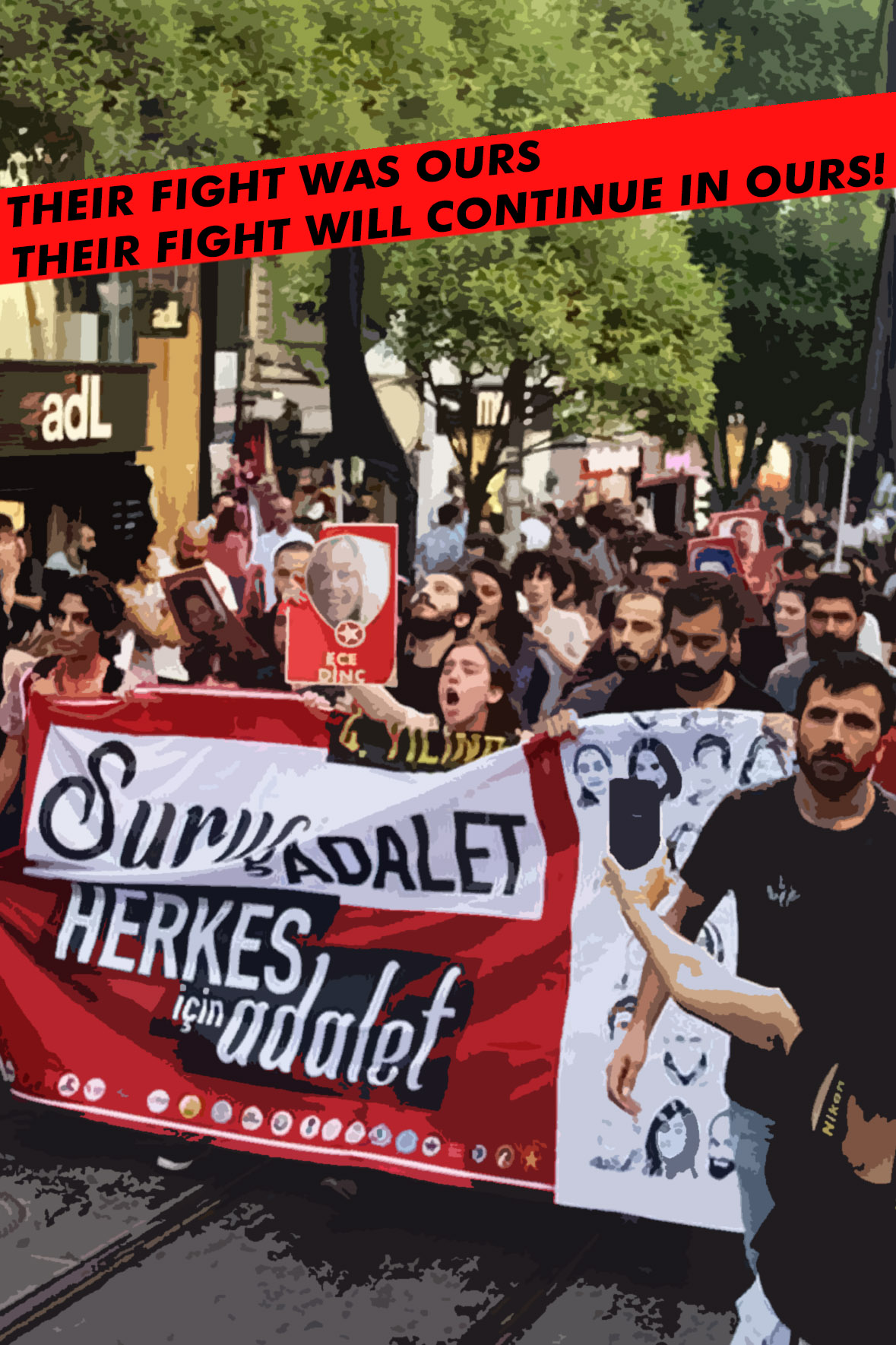