Hongkongers Ain't Nothing To Fuck With | International

In 2018 a man from Hong Kong murdered his girlfriend while on vacation in Taiwan. The horrible crime would soon become the spark of resistance in Hong Kong to the authority of the Chinese Mainland in protests that would confuse comrades the world over.

Hong Kong is not a democracy.
It has no free elections.

While “democracy” here in the UK maybe nothing more than a shallow mockery of the concept, now more than ever, in Hong Kong it is seen as the last line of defence from an ever encroaching empire. The Chinese Communist Party has no use for any system which would threaten it’s grasp, it is moving in to deliver the killing blow to freedom in Hong Kong which is aims to bring into the fold. Hongkongers are being passed from one empire to another and the world shrugs it’s shoulders. China is an economic power house, pissing them off would be bad for business.

When we talk about Hong Kong fighting for “democracy” we cannot frame it in our own context. It is a colony population fighting for the rights to self determination and autonomy. For older generations this means appealing to the former colonial masters for help, for the younger it means revolutionary action. In 2012 the political drive for democracy dried up and ground to a halt, It seemedd that Pre-Screening of electoral candidates by Beijing would increase. Resistance to this grew into the Occupy Central with Love and Peace camps and associated Umbrella Movement which saw tens of thousands holding protests and living in camps on main intersections for months in a campaign to bring about universal suffrage. During the attempts to clear out protestors the police would use tear gas and when local television broadcasted a young man named Ken Tsang being assaulted by police there was an massive escalation. Ken was carried off with his hands tied behind his back; then, while one officer kept watch, a group of about six officers punched, kicked and stamped on him for about four minutes.

The Chief Executive CY Leung would go on to defend Beijing’s screening policy as open elections would force Hong Kong into actually caring for it’s citizens and providing social welfare, he argued that “If it’s entirely a numbers game, then obviously you’d be talking to half the people in Hong Kong earning less than US$1,800 a month (the median wage). You would end up with that kind of politics and policies.”

The world gave Hong Kong silence.
Standing against China is bad for business.

It was indeed bad for business under the British who occasionally flirted with the idea during their tenure of control over Hong Kong as China has always sought to “preserve the colonial status of Hong Kong” even threatening to “liberate” the region in 1960 if democratic elections and thus self governance ever granted. Tho some there were some small developments in the 80’’s and 90’s, the Hongkongers remain citizens trapped in a system they had very little voice in. The chief executive who would govern Hong Kong after the hand over was elected by a 400 member selection committee. China began it’s programme of colonisation.

Let us speak clearly here,
China is not a communist country.

It is a brutal state authority where economic disparity is celebrated and used to throttle it’s working class into obedience. Since Deng Xiaopeng took over in 1978 the CCP as all but abandoned it’s aspirations of becoming a Marxist-Leninist workers state. In 2000 this would become policy as Jiang Zemin brought in the “Three Represents” and took the nation in pursuit of a ‘socialist market economy’ with Chinese characteristics.”. Now China has 476 of the world billionaires while the average monthly salary of the worker is around £780 a month. The means of production are in the hands of private corporations and spills out everywhere. Eduction and Healthcare are privileges of the elite. China #1 is the goal and the workers best be willing to suffer for it or be considered enemies of the all powerful state.

Under Xi Jinping this has meant a radical growth in Nationalism under the guise of a “cultural revival”, a broad sweeping facial recognition and a monitoring network » that makes 1984’s Ingsoc look like rank amateurs and has seen overt and hostile moves to consolidate China and to bring about “Complete National Reunification ”, something it was made clear he approaches with teeth bared in his statements to Taiwan in January this year; “We make no promise to renounce the use of force and reserve the option of taking all necessary means”. Like all nation states, the authority demand obedience and domination. This is something they maintain in Hong Kong through the Electoral Affairs Commission which pre-screens candidates for the Legislative Council for their political beliefs and by ensure that the The Chief Executive is selected by small body of (now) 1200 people.

This Chinese sock puppet government upon seeing the situation with the murder in Taiwan and under the guise of stopping Hong Kong from becoming a safe haven from criminals moved to install The Fugitive Offenders and Mutual Legal Assistance in Criminal Matters Legislation (Amendment) Bill 2019. This bill would allow China to extradite certain criminals and run them through the radically different legal system in the mainland. One which is controlled by the CCP. This doesn’t come without precedent mind. In March 2017 the Chinese state kidnapped pro-democracy activist Lee Ming-Che saying he was under investigation on “suspicion of harming national security.”. He later plead guilty to “subverting state power” which it’s believed he was forced into.

So they begin to forward a bill many fear will be used to allow China to drag them away in the night. Resistance started on the 31st of March when the Civil Human Rights Front, an organisation composed of some 50 pro-democracy groups, launched it’s first protest against The Fugitive Offenders and Mutual Legal Assistance in Criminal Matters Legislation (Amendment) Bill 2019. It was a civil march through the city of 12,000 people. The following March on the 28th saw 500,000.

These were acts of civil disobedience but the tension was building and Ahead of the second reading of the bill organisers called for a return to demonstration on the 9th June.

Four hours after the march began, people were still leaving the start point at Victoria Park. Well over a million marched and a great many of them did not return home. Autonomists, students and pro-independence campaigners began to camp out in front of the Government headquarters. This was the moment where things changed, around midnight, the police forces Special Tactical Squad (STS) moved in and clashes broke out and mass protests took place through the night.

Come the 12th and the second reading, everyone was out. From the unions and opposition groups, to student networks and Anarchist affinity groups. The variety of political positions was vast but they came unified in opposition the the Bill and the Chinese state undermining their political agency. By 4pm the police had began using pepper spray and attacking people,and shooting tear gas on them. The Hong Kong protests as we see them on the news had begun.

Over the next three weeks there would be numerous protests from strikes, sit in and even the odd siege of police stations. The lawyers held a silent march, the legislature was raided, there was a laser festival and the airport was sat in. Whether peaceful or militant it was quite clear there was a strong sense of political unity, which over time would develop into tactical unity. The protests were organised organically, without leadership and without any singular faction taking control somewhat confusing the world media. Around the world it seems people were confused, were they pro-capitalists? Nationalist? Unions? Or even Anarchists?... The answer is yes.

This is the nature of a popular rebellion and like the Mouvement des gilets jaunes, they have endeavoured to maintain this and keep it grass roots. There has been two forms of protests; first there is the the civil marches full of the usual flags,placards, banners and liberal calls for democracy, they do well bringing in thousands and keeping an approachable voices to the movement. Secondly there is the direct protest actions such as holding of barricades, blocking roads and it has seen the development of new a hit and run methodology, a tactic commonly referred to as “be water”.

It’s worth noting as well that as a general rule of thumb during the more radical protests, it has become the standard practice to take down any flags and hand them back to their owner and disapprove of having their movement represented with either flags of foreign powers or local organisations. The exception to this seems to be the Black Bauhinia flag, which has come to symbolise the protests.

Along the way five demands began to present themselves.

It is on these these demands that they have come to organise and identity their collective action. It’s on these demands they are beginning to see a response as Carrie Lam moved to withdraw the bill on the 4th of September. She also requested that protestors end their demonstrations and enter into dialogue with the government. This is code for “please allow us time to re-group, hunt down leaders and remove your revolutionary agency”.

The protestors would have none of it.

At the Citizens Press Conference the next night, the young protestors and armed with helmets and masked up gave their reply in three languages. The spoke with passion and dedication to their cause and made their position on Lam’s offer of a truce clear.

“If Carrie Lam had withdrawn the bill two months ago, that may have been a quick fix, but applying a band-aid months later on to rotting flesh will simply not cut it ... Liberate Hong Kong, The revolution of our times, five demands not one less. Fight on and take care fellow Hongkongers”

We cannot afford to be trapped in our anarchistic dogma as working class comrades around the world suffer brutality at the hands of the state or as they are forced to live in unjust societies with neither voice nor liberty. We must be overt and vocal in our solidarity and where capable take action in support of their cause. Not as allies but as accomplices and together we fight back against all the evil empires and hopefully sharing our notions of Anarchism as we go providing a better option for this world we are building. Heck, even if you are fundamentally hostile to the liberal protest for democracy, know that our Anarchist comrades are out there on the streets, defending their comrades regardless, defending their communities from the police and the government. Give them your love and solidarity until they win this struggle.

FIVE DEMANDS NOT ONE LESS ■ 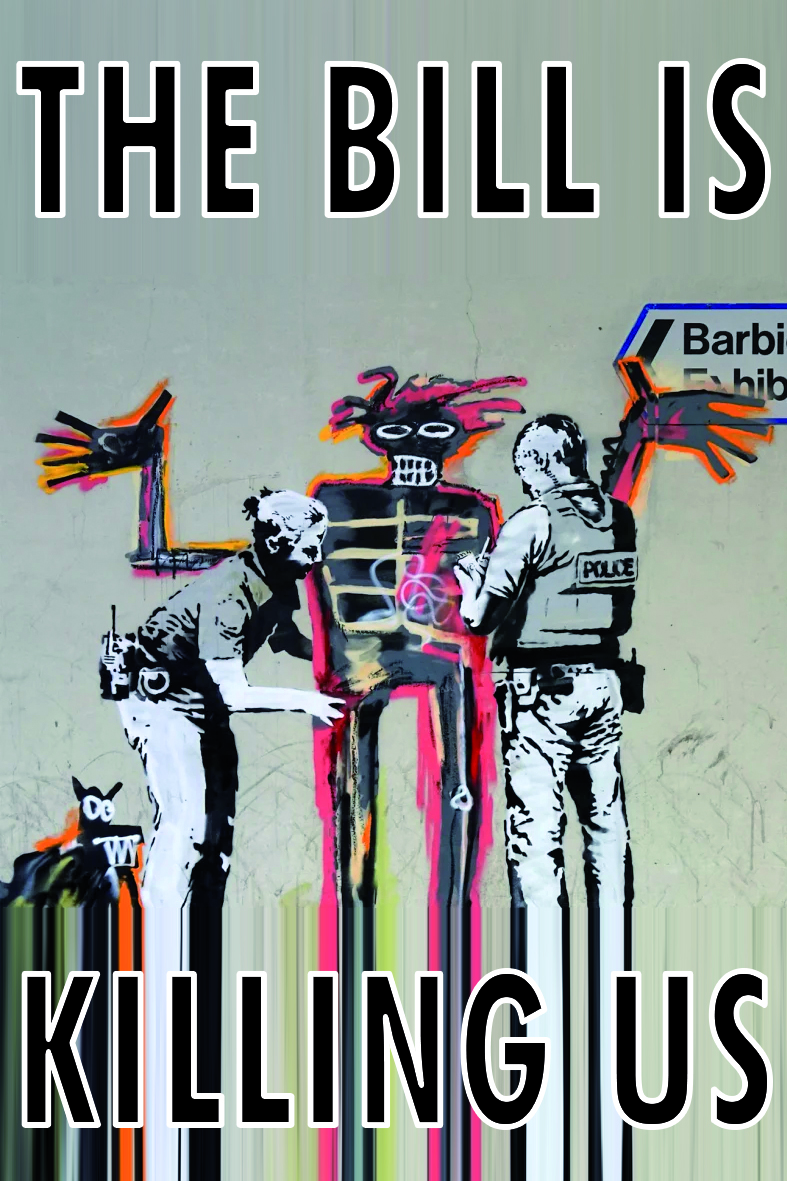 The Bill Is Killing Us | Theory And Analysis

Of course, what the law states the police should and shouldn't do and what they actually do are very different things. As a 'mixed race black male' (my PNC record definition) I have been stopped and searched over 50 times in my life. 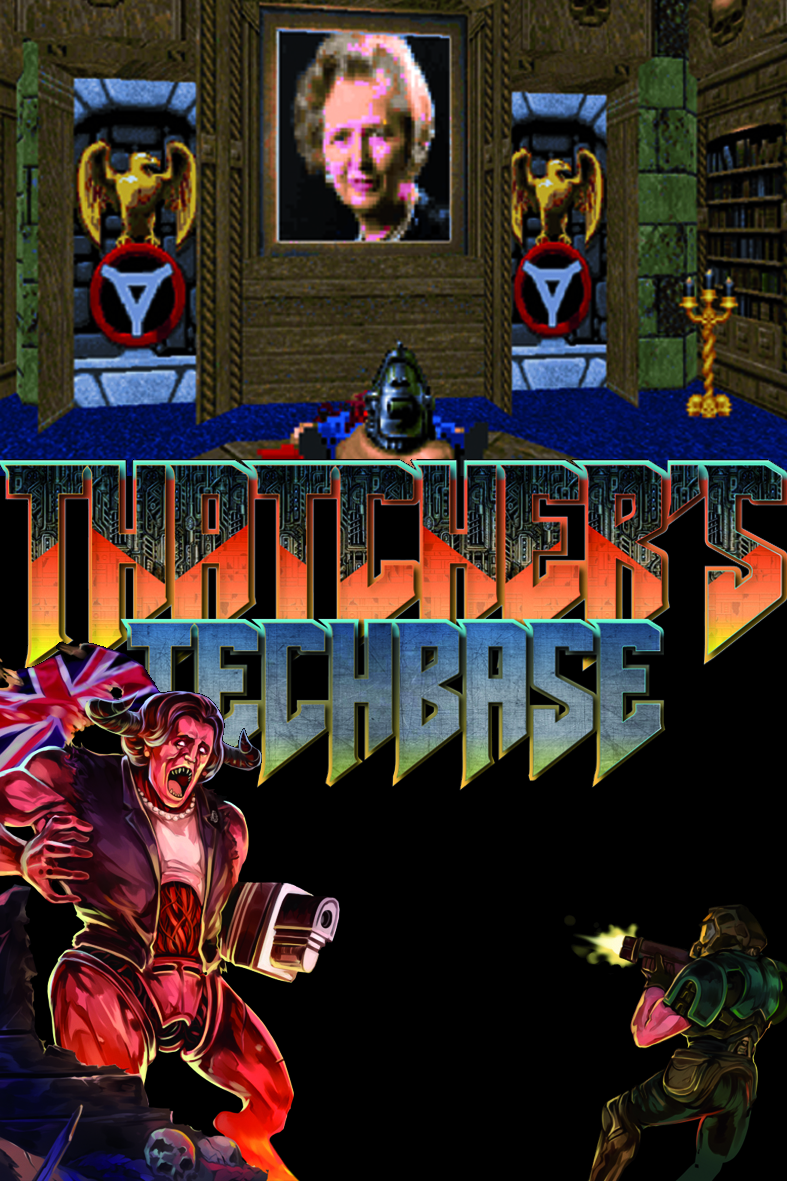 I’m old enough to remember the lingering effects of the Conservative governments of the 1980s and 1990s partly because the Labour governments that followed did very little to change or counter act that legacy. So I ate everything TTB was serving me.

a AIhumātao and demanded that the Māori there take an oath of allegiance to the Crown and give up arms or be expelled to the Waikato. The Māori there refused, and in response the Crown illegally confiscated Ihumātao.

To The Truth | Comic 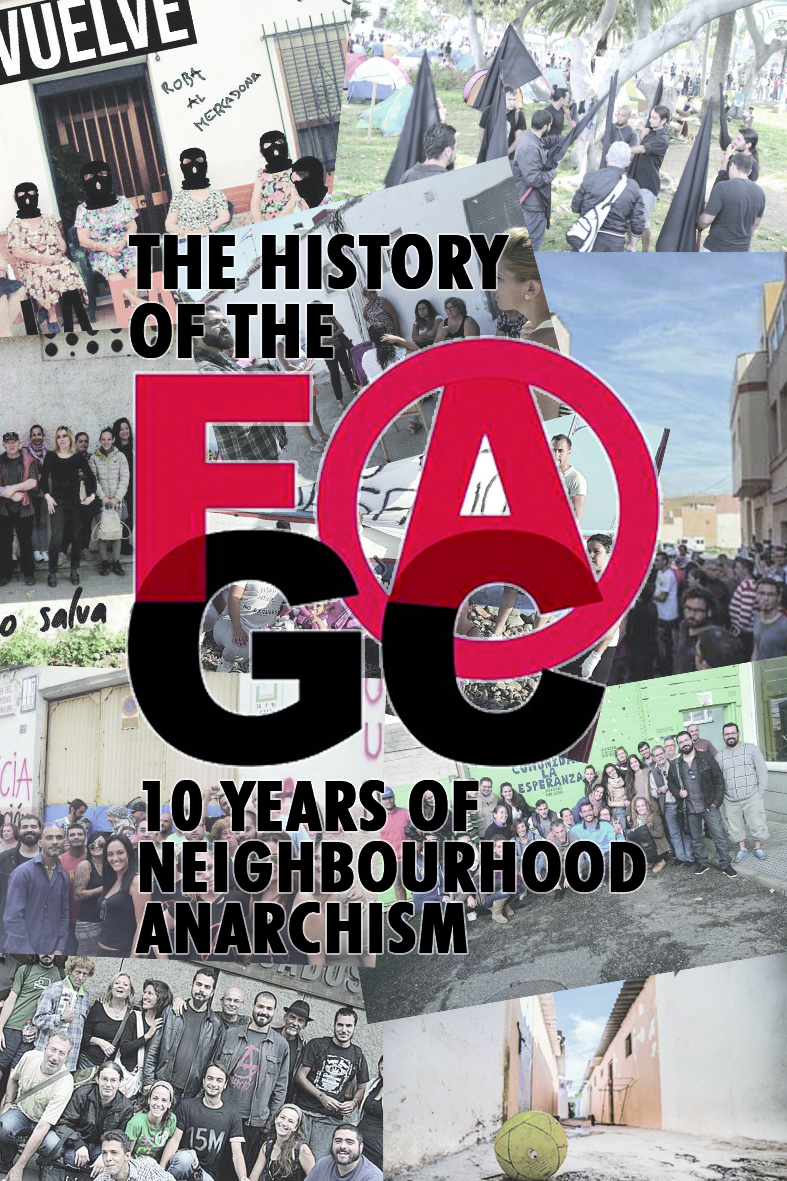 The History of the FAGC | Theory and Analysis

The more we organised with non-anarchist people the more ideological anarchists started to disappear and more neighbours were joining the FAGC. It starts the golden times of self-management, with the first massive experiences, with the first failures, but also satisfaction 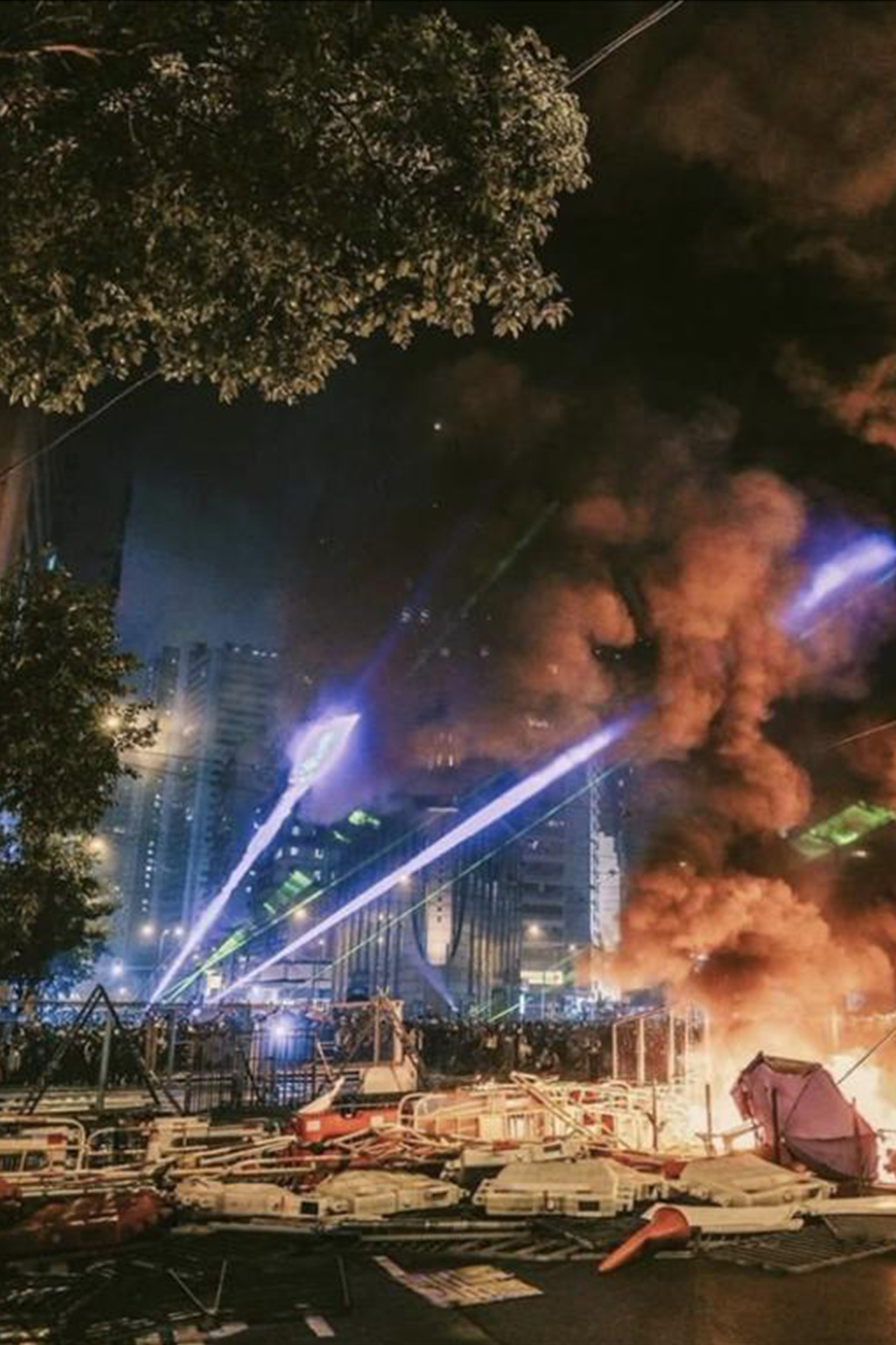