During the height of the 1984-85 UK Miner’s Strike, Wanted: Monty Mole for the ZX Spectrum was released, in which the titular character; a strike-breaking miner collects coal from a South Yorkshire coal mine in order to support his family during the strike. The antagonist, Arthur Scargil (leader of the National Union of Mineworkers) is defeated by venturing into ‘Arthur’s Castle’ and collecting ballot papers while dodging flying pickets and cans of Scargil’s signature hair spray.

The game was written by the 19 year old son of a mine training officer, Peter Harrap through the British software house Gremlin Graphics. Founders Ian Stewart and Kevin Norbun thought that the miner’s strike would be a good hook for the game, so built it around the strikes motifs like Scargil himself, as well as the concept that the miners get screwed over no matter what, as once Monty defeats Scargil, he gets arrested by Thatcher’s militaristic police force (presumably sent by Scargil who owns the mine?) and gets sentenced to 5 years in prison. It all resulted in an incredibly convoluted story, that evidently treats Thatcher’s almost state of emergency regime as though it was a moral equivalent to Scargil’s Miners Strike.

The concept of collecting ballot papers and a vote casting scroll to topple Scargill is a reference to the reactionary line at the time that the Miners strike was illegal because it happened without a national ballot being held. In a similar vein, the flying cans of hair spray refers to the famous Daily Mirror photograph of hair spray in Scargill’s briefcase contents. This incident was used by the British media as Scargill’s tan suit moment, in which Etonian op-ed writers tried to emasculate him by pointing out supposed vanity.

As a result of this controversial subject choice, eight radio stations, national newspapers, and national television news reported on the game, including ITV’s News at 10 Program, and the BBC. The media wanted to cash in on any vague semblance of the miner’s strike controversy that could enrage enough viewers into tuning in.

The software house, which was located in Sheffield and not that far from the South Yorkshire coal mines, profited hugely from the exposure of their new game. Gremlin Graphics subsequently tried to alleviate political adversity by publicly promising to donate 5 pence per copy sold to the Miner’s Welfare Fund. The fund ultimately denied the donation without a comment.

When asked why they chose to villainize Scargill in a 2011 Metro interview, Ian Stewart described the decision as “unashamedly a PR stunt. It was opportunistic.” and “I’m not a political person. I’d rather it be remembered because it was good a stunt.“ It wasn’t too different from the logic of the media coverage, and ultimately devoid of much political gravitas beyond ‘Now is the advent of neoliberalism. Let’s see how profitable it would be to devour and sanitize an event in which 142,000 miners are fighting for their jobs.’

Wanted: Monty Mole earned the accolade ‘best platform game’ in the then prolific Crash magazine, and spawned six successful sequels, and ultimately became the unofficial mascot of the ZX Spectrum.

“In my view Monty Mole will be a future Spectrum hero and there will be posters of him adorning every wall in Britain. After hearing about this game on the News, I thought it would be a winner, and when it arrived I found I was right.” - Crash! (October 1984)

The strike ultimately fell into a trap set by Thatcher’s government, who anticipated it and who had organized large amounts coal stocks to be stored near power plants resulting in the strike’s failure and subsequent symbolic death of the British labor movement. This was just a few years after Raegan fired 11,345 striking air traffic controllers, and taught America’s ruling class that they could exploit their workers in favor of ‘competitive work practices’ and fire whoever disagreed.

In retrospect, the bizarre concept of demonizing Arthur Scargill as a machiavellian plutocrat who oppresses a monocle-bearing scab mole doesn’t really add up to much. It’s a goofy take on what equated to pop culture in 1984. Devoid of any real meaning, or even harm, and mostly just a useful example against the ‘get politics out of video game’ debate, Wanted: Monty Mole is an obscure and confusing relic of the miner’s strike. ■

Jesse Dekel is an organiser based in Montreal. She is particularly interested in video games, trans issues, homelessness, and sex work. 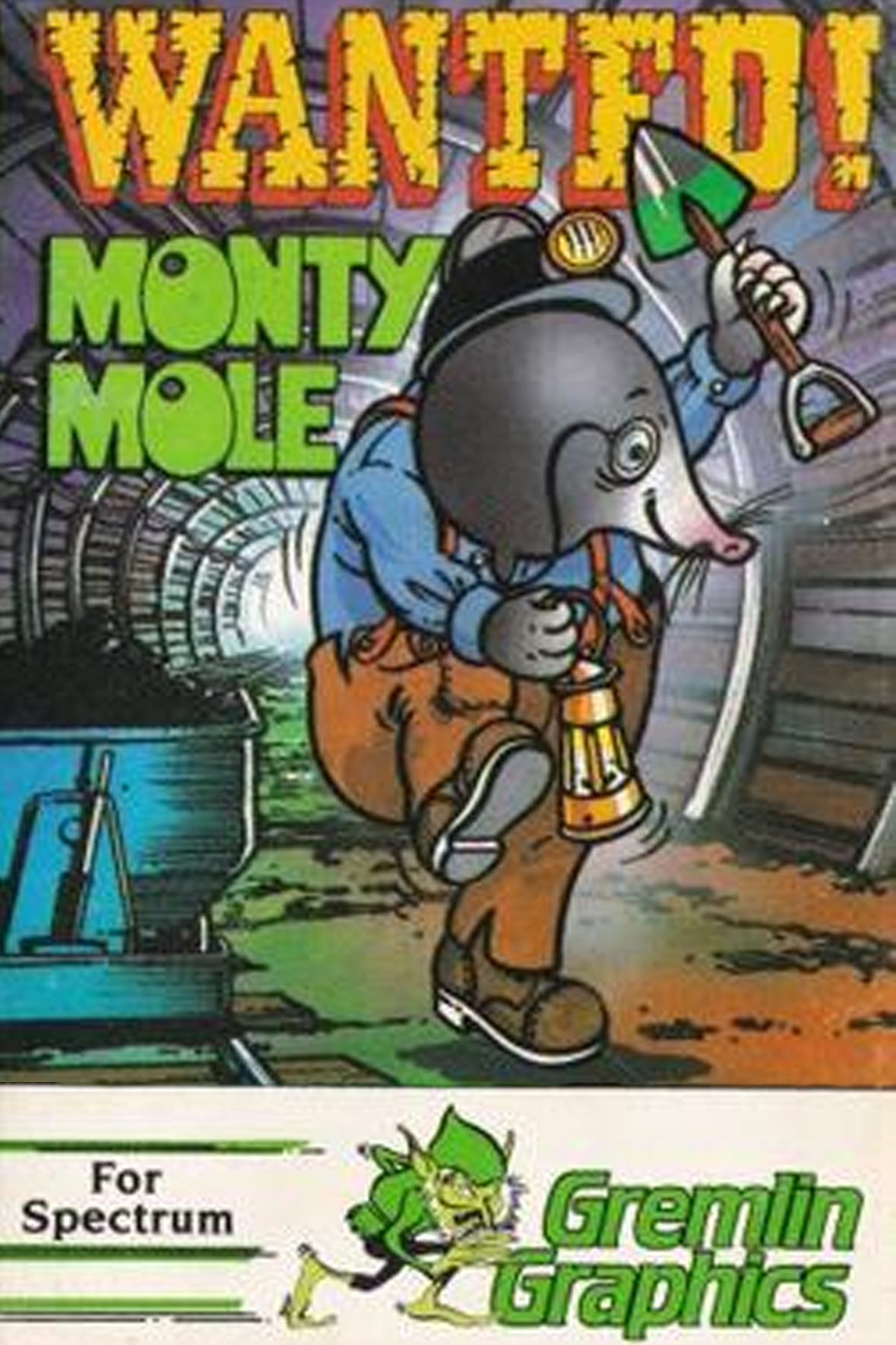