You probably haven’t heard of Blitzchung but he has just cost Activision Blizzard and their subsidiary Blizzard Entertainment billions.

Blizzard (as they are commonly called) are one of the mega corporations that dominate the gaming market, from Candy Crush to Call of Duty, World of Warcraft to Overwatch they are an ever present force in in video games and one which the vast majority of gamers buy into regularly with subscriptions and micro purchases. They are also (alongside Steam) one of the major investors in the Chinese marketplace. Once locked behind the world largest electronic firewall cutting 1.4 billion people out of the world wide web (in any meaningful manner), the Chinese government has been allowing selected international companies to develop branches of their software and platforms in partnership with the state and local corporations in order to capitalise and control the new medium. The contracts are worth untold sums, already standing around 13% of the global market place. Conservative estimates see that leaping into the dozens in the coming years as Steam launch their Chinese-specific platform and home grown game developers crop up in plentitude. You just have to keep the CCP happy and comply with their censor.

So when last Sunday during a post match interview top Hearthstone player Blitzchung, real name Chung Ng Wai, wearing goggles and a face mask said “Liberate Hong Kong, revolution of our time”, Blizzard Entertainment came down hard to protect their investments, banning him from competing for one year and rescinded the $10,000 prize money he won in the recent Asia-Pacific Grandmasters tournament.

Then, then they doubled down.

Players took to the forums in a rage, demanding Blizzard take back the judgement and reinstate Blitzchung, When they began using the forums to share news and information about the protests in Hong Kong. Blizzard, a company whose headquarters feature a statue of an Orc with plaques that say “Think Globally” and “Every Voice Matters”, implemented wild ranging censorship at the start of the week. First, it was noted they had began banning of movement-related usernames and controls put in place across their games and websites to curtail any Hong Kong related discussion. When they mass deleted comments and threads ( Minus one thread which remains a bastion of information and debate) as “trolling” and summarily handed of 1000 years bans, the players had had enough. Blizzard’s games are heavily focused on multiplayer and generally have subscription services which means players have spent thousands of hours and in many cases just as many pounds on their accounts only to have them wiped out in an instant for sharing their political solidarity with Hong Kong and thus taking a position against Activision Blizzard’s corporate partners.

By mid-week one of Overwatch’s characters, a Chinese climatologist called Mei, become a symbol of the movement both online, at gamer events and even on the streets of Hong Kong. Now even their own employees have staged walkouts in disgust. Mark Kern, the man who led the team who developed World of Warcraft, cancelled his WoW subscription and called for a boycott commenting “It’s one thing to stay out of politics in games, quite another to take harsh, punitive actions designed to appease a government whose values are against what Blizzard has traditionally stood for”.

Players followed suit. They began mass deleting accounts they had held for in excess of a decade. Outside of the gaming community, this may not seem much but this is the equivalent of tearing up your season ticket and burning all your shirts. Aside from the financial expense in doing this, people were cutting themselves out of sprawling communities they had met friends in, worked in, played in and given over so much emotion too. Particularly with games like World of Warcraft which have a player base woven into it’s very being. The stories of heartbreak and deleted account started to pour into Reddit, Imgur and other places.

At time of writing people are noticing that all four methods of account deletion are not working with SMS messages never arriving and error notices being the only return, whether this is a deliberate attempt to minimise the blood loss or whether Blizzards services are overwhelmed is hard to say however the player base seems pretty sure on the matter and have instead taken to cancelling their payments on the bank side and have began flooding Blizzard with General Data Protection Requirement (GDPR) requests and sharing solidarity during live streams, which subsequently got shut down mid-stream in the ongoing attempt to police the boycott. Yesterday, Immutable, the Australian start-up who make Hearthstone rival God’s Unchained, announced they would cover Blitzchungs prize winnings and immediately came under cyber attack once again invoking the ire of the gaming community.

While it’s true that some of this response has been typically headstrong and near sinophobic in its manner, latching on to the United States’ currently wave of anti-China sentiment during its ongoing economic battle, the vast majority has in fact been of a progressive manner. There was a wave of solidarity yesterday during Taiwan Independence Day as well as persistent and vocal solidarity with Tibet and the Xinjiang Muslim community. There has been little space given to the with nastier elements of anti Chinese racism which has been a rather refreshing change of pace from the often rather right-leaning gaming community, instead focus very much being on refusing to accept a well-loved corporations siding with state censorship and in a broader manner pushing for more pressure on China to stand down from their villainous policies of control.

Corporate collusion with governments is a given for most activists, so it’s no surprise that Activision Blizzard have acted this way, however this has come as a shock to the wider gamer community who tend towards being apolitical or centrist, a nasty reminded of the nature of corporations. Where the mounting boycott will go is anyone’s guess, however with players from across the political spectrum united in their disgust at the treatment of Blitzchung, the censorship and ridiculous long banning of players themselves this seems only to be spiralling upwards.

It’s worth taking time to note some of the other corporations so gleefully trading renminbi for ethics, here is a list of shitty corporations and the actions. ■ 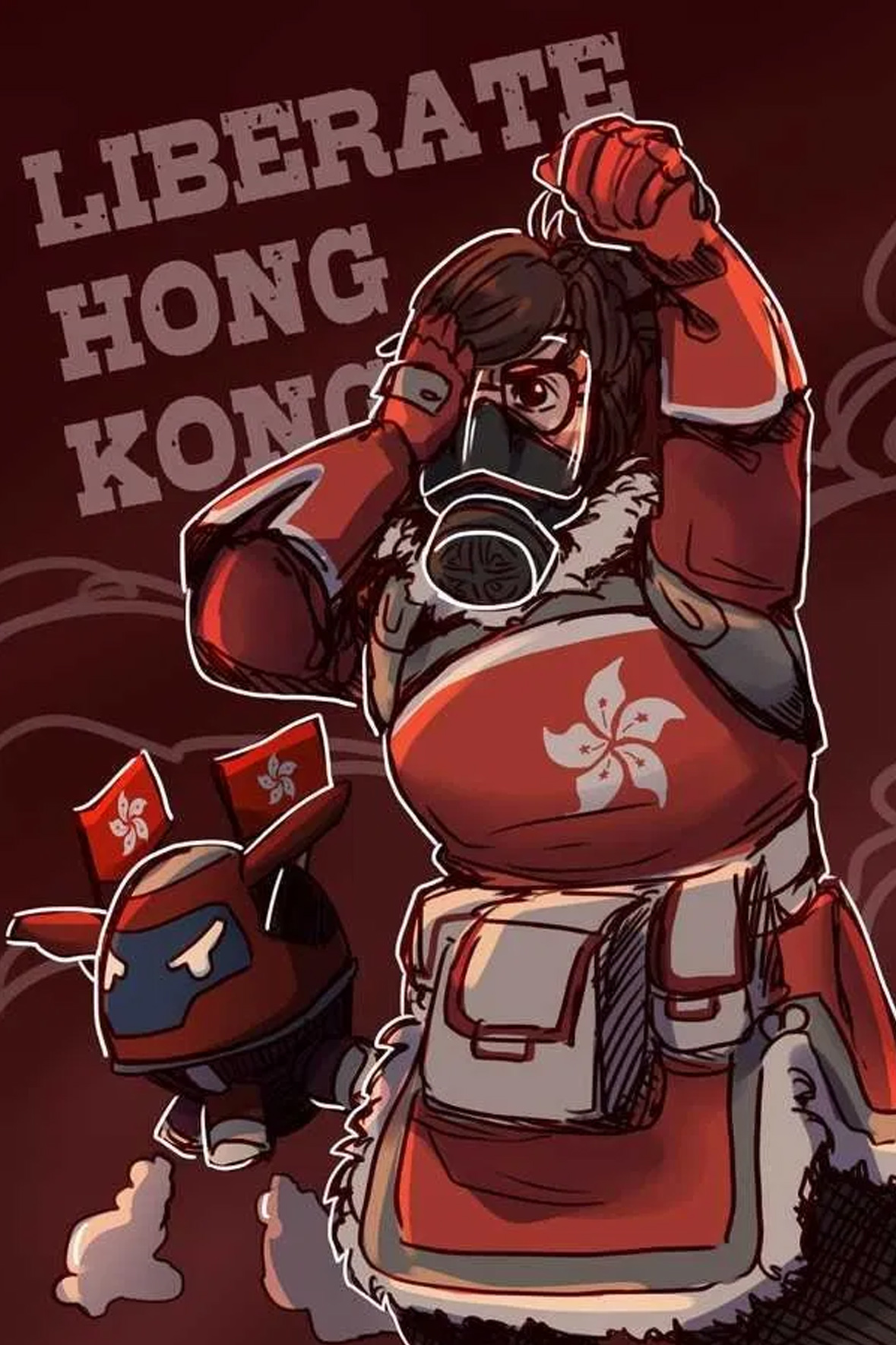