Between 11-13th June 2021 the coastal town of Carbis Bay in Cornwall will play host to the 46th G7 summit. The world's industrialised powerhouses will be coming together again to discuss how to maintain the nightmare of global capitalism and how a small but powerful fraternity can profiteer from the labour and deaths of the working class.

At our recent Federal Delegate Meeting we discussed this summit (as well as November's COP26) and decided that during the current state of pandemic and the UK's Lockdown, and given the potent outbursts of revolutionary action that we've seen previous these past years such as Toronto 2010 and Hamburg 2017, we would invest our support, solidarity and capacities behind local organisers who already begun to step up to the plate to tackle this most insidious leviathan of global capitalism.

A few days after our federation meeting in February 2021, the AF reached internal consensus on joining the Resist G7 Coalition, a network of organisations from diverse political backgrounds who have come together to stand against the summit. Our shared aim is to work in a unified manner, both tactically and politically, in the pursuit of protecting this planet from those who would destroy it for the profit of a few.

We have engaged previously in global networks, including  organisation and action at Gleneagles G8 in 2005 at the time when the Labour government was applauding itself for winning the 2012 Olympics but was dramatically cut short by the London bombings; an early legacy of its militaristic Middle East adventure with the US. Back then, the Dissent Network that realised the Gleneagles protest camp against the G8 paved the way for the series of Camps for Climate Action, No Borders, and the Defy-ID network again state authoritarism.

We step into the coalition as anarchist communists, revolutionary and militant. It is our hope that we may act as a bridge between the various comrades involved to help deliver a politically and tactically unified response. We will be forming a working group internally to co-ordinate with the rest of the coalition and any other parties who may wish to be involved. We also hope to draw on experience from our international links including those who witnessed the intense repression at Genoa's G8 two decades ago. (we remember Carlo Giuliani who was shot dead and run over by the police.)

The thousands of delegates and representatives of UK, Canada, France, Germany, Italy, Japan, the USA and the EU as well their “guests” from Australia, India and South Korea, alongside a retinue of sycophantic liberal organisations and various NGOs,  will travel from across the world (despite the international pandemic) to discuss and co-ordinate the continued exploitation of the working class around the world. They are framing their discussions behind the themes of “Covid and Climate” which given the spectacular failure of most of the invited states on both of these accounts, through economic self-interest that results in vast inequalities between and poverty within nation states, is nothing more than a sick farce.

As anarchists, we stand not only against the G7 states' policies that result in war & terror, environmental destruction and exploitation of people, but the very existence of these structures and platforms. Behind the vast blockade of police, cyber specialists, and secret service agents, the 'leaders' of the world will be discussing how to ensure their global monopolies and ensure their throttling grasp on the Less Economically Developed Countries of the global south doesn't weaken even for a moment. We are currently facing increased repression as the so-called democratic states use the pandemic as an excuse to stifle popular dissent. The strife in the Middle East shows no sign of abating and continues to be an arena of war for many of the G7 states against their economic, strategic and historical enemies.

The disparity of power and privilege is held in place by  vast borders and the illegalising of people they see as nothing more than surplus humanity. These nation states stand as some of the most dominant industrialists around the world, alongside Russia, China and Brazil. They are the enemies of all who desire liberty and justice in this world, nothing more than architects of death and destruction on a scale it is near impossible to comprehend.

The working class have no country. We stand together with comrades across the world when we say that the tyranny of global capitalism and the platform of nationalistic jingoism which support it must come crashing down and an egaliatarian and libertarian approach to sharing this globe with the rest of nature be it relacement. We invite you to join us and say, no more, I will not stand idle as they destroy this planet and murder us in the name of their economic growth. ■ 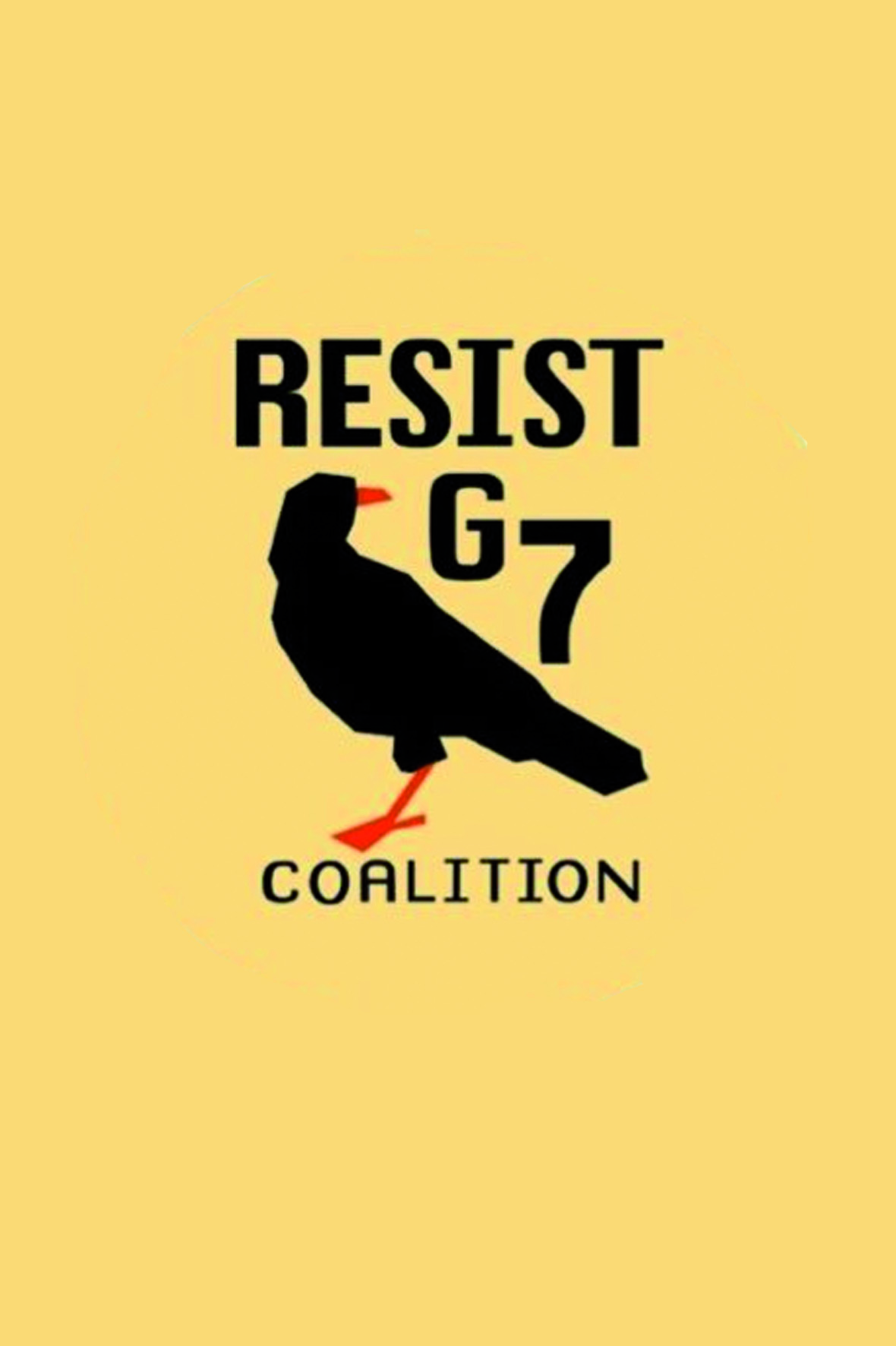