Late last month a family of five died when their boat sank trying to cross the Channel. Bruno L had met them just weeks before, while passing out aid, and writes here about a family full of love, and a toddler full of joy, and a loss that should not have happened.

Only 15 months old. We met you two weeks ago. You were alone, poking in the fire in the middle of the forest, little crocs at your feet and a life jacket on. It cut right into our hearts. This is not what a toddler’s life in 2020 should look like. You are too young for the fire, too small for a life jacket.

We soon saw the rest of the family. We shared out some blankets and you were so proud of those boots you got, too big, but for you they were beautiful. We returned to the cars, to the showers we were trying out and a little later we saw you again … Your vest was put away and you walked straight to us, strangers to you. Your family: brother, sister, mum and dad followed rather timidly.

We promised you shoes and a football for your brother. You kept on smiling and adventurously, fearlessly, climbed our empty shared van. I picked you up and put you back on the ground but you climbed back up, tirelessly naughty. Several times in a row. You walked away from me looking back to see if I followed. I play-chased you across the ground with small hard steps and you ran away beaming, occasionally looking back to your mama.

I asked her if I could take a picture of you and I could. “Wave, Artin,” she said proudly, and you immediately waved back. Little did I know then that that photo would mean so much to me now.

I was still thinking about you when I got home. The love for you that came from your mum and dad. The security you received from them in these appalling, inhumane circumstances. It felt so strange. How they were looking for a better life for you in this chaos. How your brother Armin and sister Anita were clearly more marked by the situation than you, little Artin. You who walked through life so happily in your oversized boots. You who experienced everything that we found abnormal and poignant as quite normal, you knew nothing else.

Sleeping in a discarded Quechua tent, wandering around in the forest, washing yourself with the green water from the pond, waking up with ten armed officers around your tent who take or destroy everything and then hope for a new blanket from a volunteer who comes by. Joining hundreds of men for food in a long line. I mean little man, I wondered how that ignorance of the “normal” made you hop through life more happily than your timid 12-year-old sister.

A few days later, at home, we read a short message on a French site that a group of refugees were being rescued from the high seas. “Coincidentally” they also found a dead man washed ashore on the beach, probably from another boat. A two-year-old child was taken to a hospital. I thought back to you. Imagined that that was you and how your parents would fare.

And then yesterday the message came that family with three children had died during a failed crossing. And for a moment we thought: oh no, hopefully not you.

You push it away and try to move on. But it won’t go away. And the more reports we received, how painfully clear it became … two parents, brother and sister have died and been found, a child of 15 months has been missing. In the meantime we received confirmation …

Little Artin … your life jacket failed to save you. Did you still have it? Was it taken from you in an evacuation or did you wear it proudly and was the cold water, the high waves fatal to you? Did “our” North Sea, the sea in which our children play and swim, become a seaman’s grave for you little captain of the rickety boat? Were those last kilometers of your journey of more than 7,000 km really too much?

Blankets, soup, tents will not help today. There’s nothing we can do for you anymore. Except giving the anonymous little guy a face. So that more people know that none of this should be. So that my small, short friendship with you was not in vain and this little anonymous figure from the statistics gets a face. And a name:

This article is an edited machine translation of a piece from Allemaal Mensen. The photo of Artin was taken on October 17th. It was originally publish on Freedom:freedomnews.org.uk/2020/11/01/artin-little-man-i-remember-you/

You can find more information about this tradgic loss here : www.bbc.co.uk/news/uk-54717137 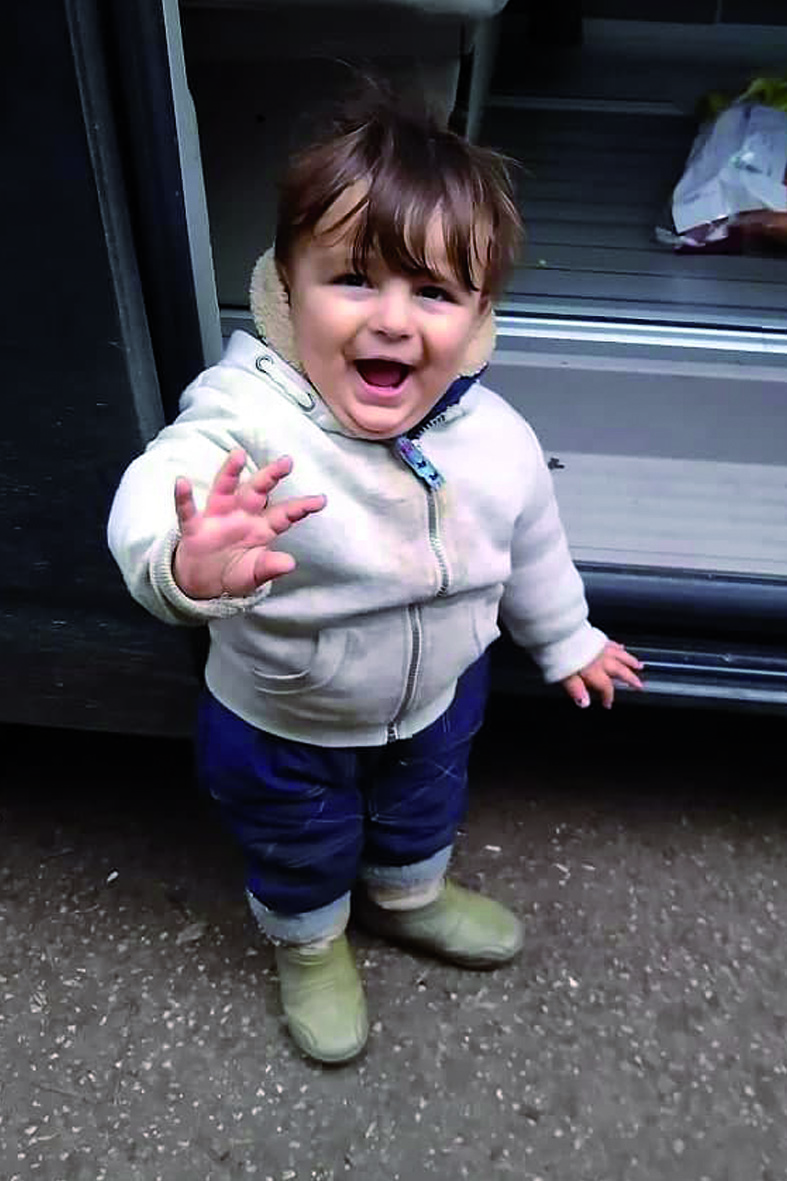