27 People have died attempting to cross the English Channel.

Their names join the list of near 45,000 documented deaths of refugees and migrants due to the restritive policies of “Fortress Europe” since 1993.

The British and French government each blame the other, and both blame the “smugglers” but neither acknowledge that those 27 people died because of these situation they are placed in by us.

We could have a heart, we could use our vast wealth and resources to house people in need.
We don't. Capitalism doesn't allow for compassion and the jingo laden civic fascism that underlines our border policies would never allow it anyway.

This isn't a freak event. This was expected, everyone just counting down the clock. It's narrowly been avoided dozens of times and we're just talking about the Channel here. The Mediterranean is even worse. Away from prying eyes, Coast Guard's have for years used offensive tactics such as “push back”. We'll never really know how many have drowned on the journey.

In September 2021, Channel Rescue volunteers witnessed the UK border force training its staff to use jet skis to employ ‘pushback’ tactics at sea. The aim behind this? To stop small boats carrying people seeking asylum from reaching the UK’s shores. Early on yesterday, before the horrific tradgedy came to light, they announced they they were going to take Priti Patel, Secretary of State UK Home Office, to court to ensure that ‘pushback tactics’ are NEVER used against people seeking asylum in the UK. Support them!

The Channel has become a graveyard for innocent people who have been forced to flee. Our UK government and Home Office must acknowledge they're complicit. No more blaming French authorities or people smugglers, what we desperately need is a new system that allows people to claim asylum safely.

An emergency protest has been called for later today outside the home office at 6.30pm.

A threat to one of us is a threat to all of us. No more violent policing of borders, no more detention centres, no more channel deaths, no more deaths at the hands of the state. On Saturday Stand Up to Racism have called for a demo at Downing Street. They want people to assemble for 2pm.

As I am putting this togather I can see that Alarm Phone spent the night in contact with some 430 people, the boat is breaking up, there are already dead people, they are in the Maltese SAR, the various Coast Guards known but are not helping. 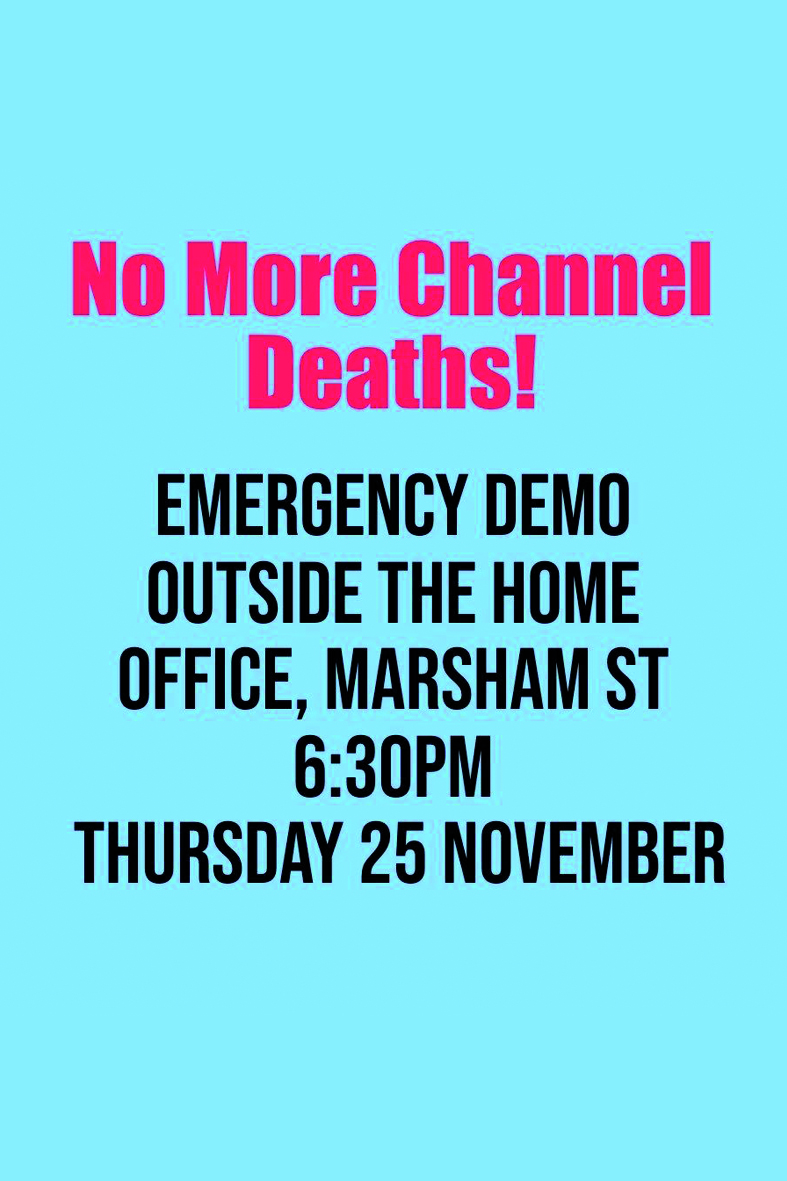