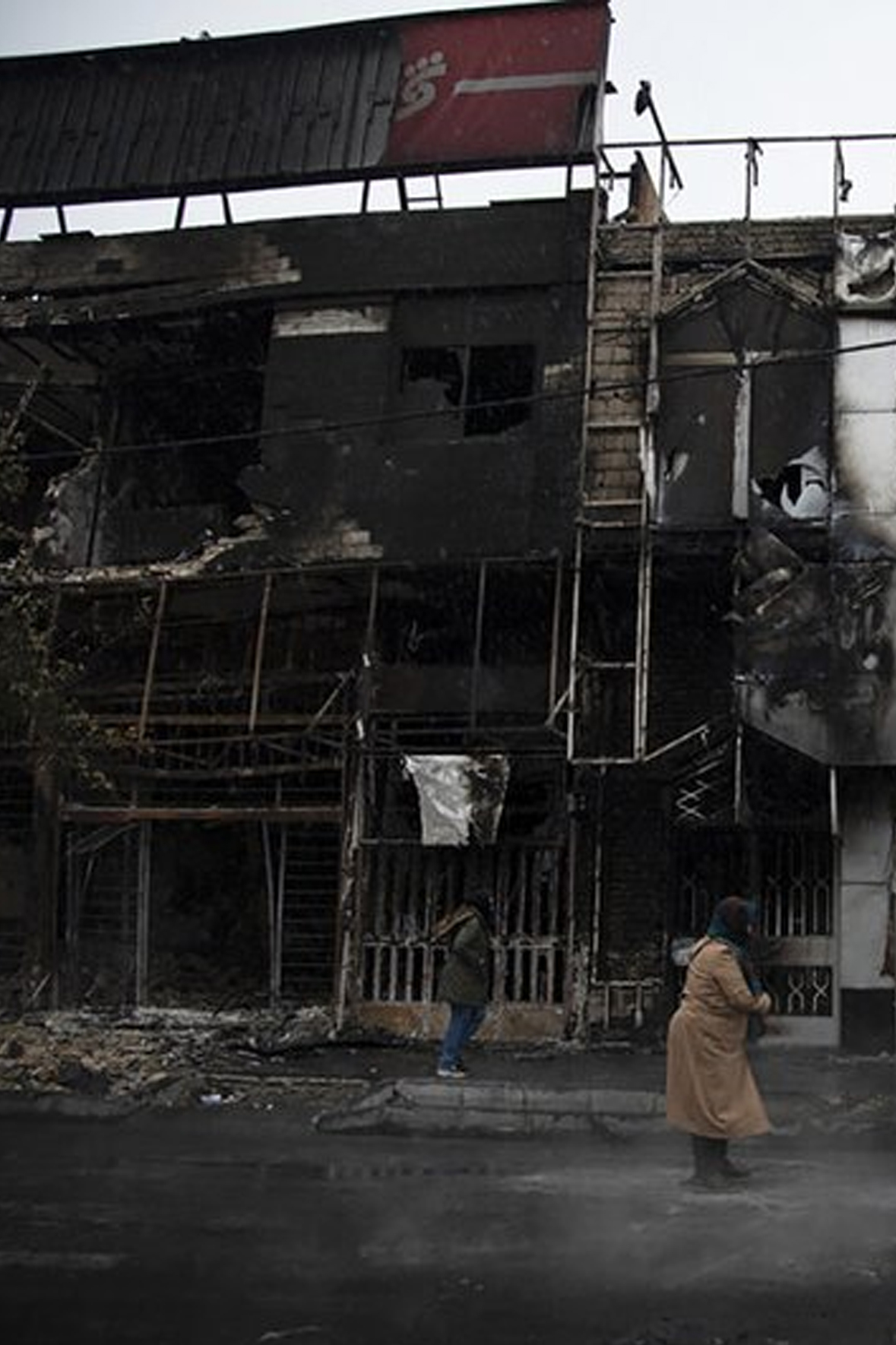 There is open revolt in Iran and for some reason and no one seems to be talking about it.

Protestors first hit the streets over the issue of rising fuel prices and they met with a brutal crackdown by the Iranian regime. The situation escalated at an alarming rate with an internet black out starting on the 16th of November near masking the news while comrades international were focused on Hong Kong, Bolivia and Chile.

By the 19th, Amnesty International said that at least 106 people had been killed and that the number may be much higher, Iran’s government called it “baseless allegations and fabricated figures.” Meanwhile a UN agency said that it was looking to be more like 200 and Anarchists on the ground put the figure closer to 3/500.

It’s was hard to pin a figure on the dead with only the broadcasts of the Iranian government to turn to and they were pouring out a mixture of protestors burning Qurans in Tehran and pro-government rallies in an attempt to alienate the protestors from their communities. Through VPN’s and the occasional bit of signal the odd status update or picture leaked out, however these calls for support seem to have been drowned out in the reams of shocking footage coming from elsewhere.

So here is the situation.
In 2015 the US imposed crippling economic sanctions on Iran and there was a subsequent economic collapse. This ofcourse overwhelming affected the working class Iranians, the parasites in control remained quite comfortable. President Hassan Rouhani’s solution was to raise the fuel price (as opposed to say increasing the taxation of the economically wealthy and this saw an explosion of civil unrest. Iran has the cheapest petrol prices in the world, sitting on top of the fourth largest oil reserves . Petrol is seen as a something which should be accessible to all in abundance. A rise of near 200% was simply intolerable to working class Iranians.

However the fuel price increase is simply the straw that broken the camels back as the people face a constant waves of government corruption and wide spread poverty which sees millions unemployed or living extremely precarious lives, depriving them education, healthcare, food, and housing.

Protestors were initially met with water cannons and tear gas. This quickly escalated to live ammunition and local Anarchist comrades reporting tanks on the streets and people being shot at from helicopters.

On the 25th, the internet was restored. Reports came out indicating at the very least there were 400 deaths, 4000 injuries and some 10,000 arrests. Anarchists comrades report protests in 170 cities being composed of a mixture of workers, students and homeless, identifying it as a class war. The protesters were now demanding the overthrow of the Iranian regime, Supreme Leader Ali Khamenei, President Hassan Rouhani and the Revolutionary Guards (IRGC) due to their corruption and the plague of economic problems and the lack of freedom and fundamental rights.

A statement by The Iranian leftist diaspora in the United Kingdom, France and Germany, formed by a loose coalition of academics and militants calling upon the global left to express solidarity with those struggling in Iran was issued later that day:

“Our world is on fire. Not only forests but also cities are burning all over the world. Social conflicts of all sorts are erupting, spreading their flames across the planet: Algeria, Chile, Ecuador, Haiti, Hong Kong, Iraq, Lebanon, Sudan, you name it. Located within this global context of struggles against the social hell of neoliberal, financialized capitalism, there has been another mass uprising in Iran since November 15 …

…. There are many videos showing the police shooting demonstrators in the head and chest — as we observed before in the case of Iraq. This happened mainly in the Kurdish and Arab provinces whose discriminated people are once again at the very forefront of the uprising and have paid the highest price….

… The left needs to learn from the oppressed classes to simultaneously oppose US imperialism (especially US sanctions) and the Islamic Republic’s interventions in the region.

We, the undersigned academics and militants, urge the global left to break its silence and express its solidarity with the people of Iran and their resistance.

It is pointless for us to demand anything from the Islamic Republic, but we will demand from our comrades and progressive forces all over the world to be — in any possible form — the voice of the oppressed people in Iran suffocated by the forced isolation. We also call on the international left to condemn the atrocities of the regime against its own people.

Finally, we stand in solidarity with the Iranian protesters who are reclaiming their dignity by refusing austerity, authoritarianism, militarization of society, as well as any other form of domination that stifles their autonomy and freedom.”

Here is a link to those who have signed.
The full text and the contact to add signatures can be found on ROAR

This was subsequently followed by The Anarchist Union of Iran and Afghanistan issuing a statement for a call to arms on the 26th:

“The Anarchist Union of Iran and Afghanistan believes that the Islamic Republic of Iran’s regime will not hesitate to massacre millions of Iranians, like it has done in Syria and Iraq as well as in Iran these these last few days. Therefore, the Anarchist Union of Iran and Afghanistan is prepared to declare that it will cooperate with all Kurdish, Arab and Baloch armed opposition forces. With respect to the widespread repression of defenseless people in Iran, we must be able to provide them with the right tools to defend themselves, before there are more dead and the people’s movement has been permanently suppressed. Therefore the need to form an armed revolutionary front to support and defend the people against the Islamic regime’s executioners is urgent and necessary. If it is possible to transport weapons to people inside Iran, you should not hesitate for a moment to prevent more people from being bled and buried. The duty of the revolutionary and radical opposition outside of Iran is to provide logistical and strategic support to the struggles and resistance of the people inside Iran”

These statements come just days after President Hassan Rouhani celebrating on the 20th remarked “our people have been victorious against… the enemy’s conspiracy” stating that “Those anarchists who came out onto the streets were few in number,” he said, insisting “this is the biggest display of the power of the nation of Iran”.

Two days later protestors burnt down a bank in Behbahan.

It would seem he is wrong.

It would seem that Iran is gearing up for a revolution. 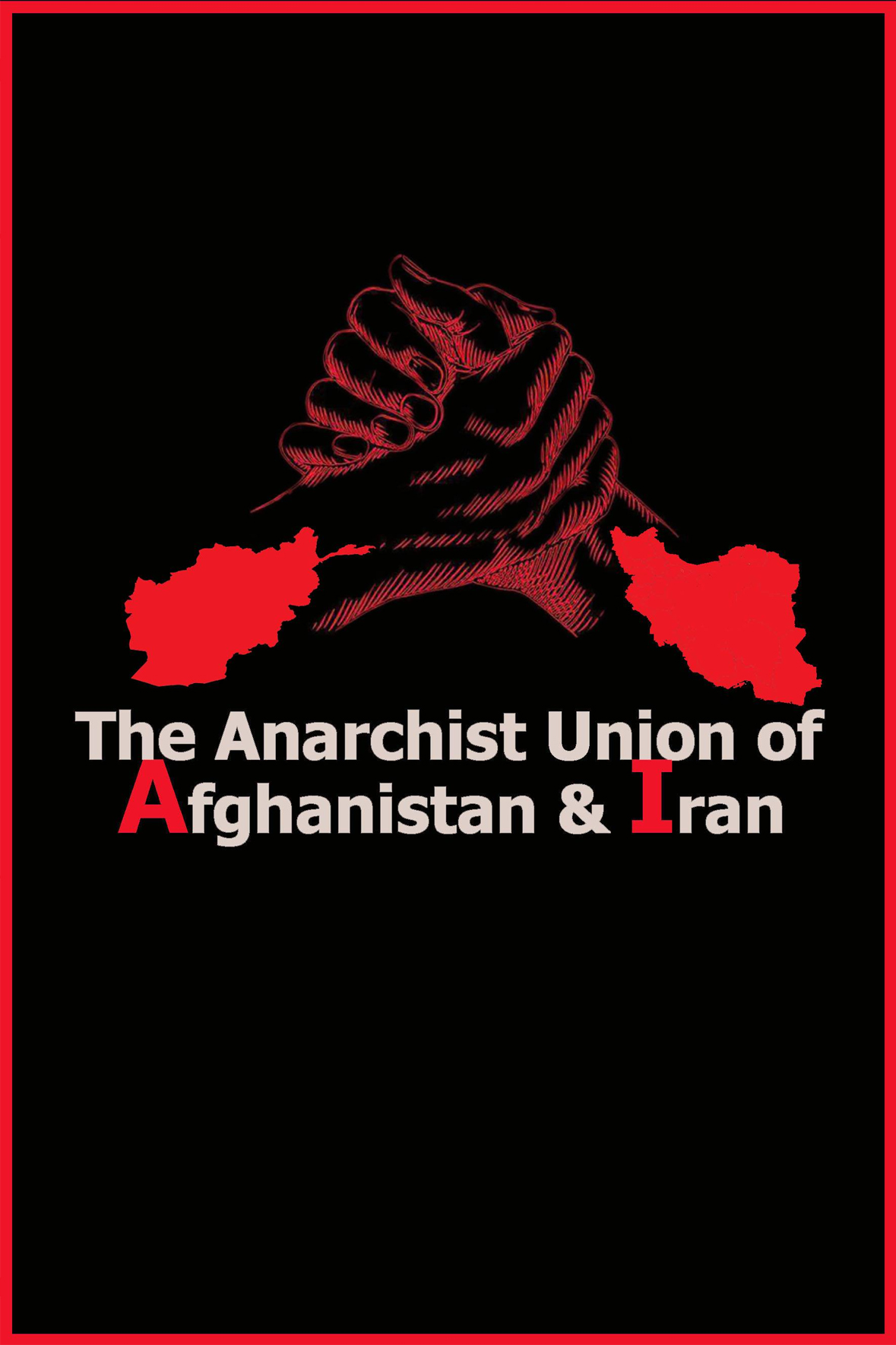 The most beautiful news to the ears of Internationalists is the stirrings of revolution and Anarchism around the globe. Other the past few years we’ve several groups become more visible and active, from union organising Bangladeshi Garment workers to mayday marches revolution minded Indonesians. Recently we’ve seen folk come together to form “the Anarchist Union Of Afganistan & Iran” who along with other groups and individuals are urging all blocks of Socialist, Communist and Anarchist to join a “United Front for Freedom, Fairness and Equality” against the fascistic Islamic Regime of Iran.

STATEMENT ON THE FOUNDATION OF A UNITED FRONT FOR FREEDOM, FAIRNESS AND EQUALITY (Original here)

Invitation to Co-ordination and Cooperation to Overthrow the Islamic State of Iran. In view of the fact that:

•The Islamic fascist regime in Iran quite correctly considers the progressive/Libertarian and left wings movements as one of its most active enemies, and did/do execute, imprison and torture our comrades.

•On the other hand, right-wing ringleaders from all sides, and with the racist propaganda and the prospect of the continuation of the tyranny cycle, suppress any voice of freedom, equality and fairness, through their mass media.

•This common pain will never be healed without organization, coalition, synergy and harmony. We should learn from the Spanish Civil War experience where Left blocs and the Republicans formed alliance as a campaign plan, in accordance with the specific circumstances of Iran and its political forces, to coordinate the fight for freedom, Fairness and Equality. Another example that can be mentioned is the community of Rojava’s popular democratic autonomy, which has been able to coordinate various political from all over the world to combat the tyranny regimes of the region. Thus, it is possible to create a network of pioneers of variety of political with libertarian, equality and fairness tendencies, including women movements, farmers, workers, students and other progressive radical that aims to overthrow The Islamic Regime of Iran under the umbrella of the United Front for Freedom, Fair and Equity.

Hereby by publishing this statement, as a group of individuals and political groups, take the first step in founding this “United Front”, and we invite you to join us in this battle against the “Islamic Republic of Iran”.


This stirring of revolution isn’t coming out of thin air either, back in 2009 there was a movement called “The Anarchist Network” which was growing in popularity amongst workers and students before is was “destroyed due to the betrayal of a member”. The organisers however bounced back in by establishing “The Anarchist Era”, who place focus on the struggle for freedom for the working class with members in Iran and Afghanistan.

This new network has been active ever since, starting small with secretive meetings and sharing their ideas in a clandestine manner, utilising what little power they had to share information with like minded comrades. They have slowly become a more public presence on the Anarchist scene in Iran and international. These slow steps are no mistake, Iran is a very dangerous place to be an Anarchist. In 2013 Soheil Arabi an Anarcho Syndicalist was arrested and sent to Tehran Prison where he has been since reportedly held in solitary confinement and faces regular torture with the soldiers who act as screws beating him and other prisoners up and then refusing medicinal attention.

There is also the case of Abtin Parsa who was arrested in 2014 at the age of 16 and sent to “the IRGC secret prison of Zarghan city” for 18 months, during which time he was tortured by a man named Seyed Jaáfari and was left in horrific conditions in a cell which often rang with the appalling sound of The Revolutionary Guards officials raping inmates. Thankfully he was released on condition that he stopped political activity. He however fled from Iran to Greece on 2016.

In the Uk, watching activists gleefully line up to do a few hours in the cells before sleeping “the sleep of the just”, it’s often easy to be complacent with the struggles of our comrades in distant lands suffer under an authority with no need of a liberal mask.The formation of a union of Anarchists present unparalleled danger to our comrades and yet here they are sharing seditious material and fighting against the state and fanatically religious authorities which seek to suppress freedom.

The “United Front” is a call to action from individuals from across the left wing and “The Anarchist Union of Afghanistan & Iran” which itself formed in 2018 out of three revolutionary groups;

They are expanding and building links with Anarchists around the world. If you are Iranian, Afghani or from any of the numerous communities who call the region home, get in contact. Comrades and allies globally step up and share solidarity and together we can work towards a truly global revolution of the working classes.